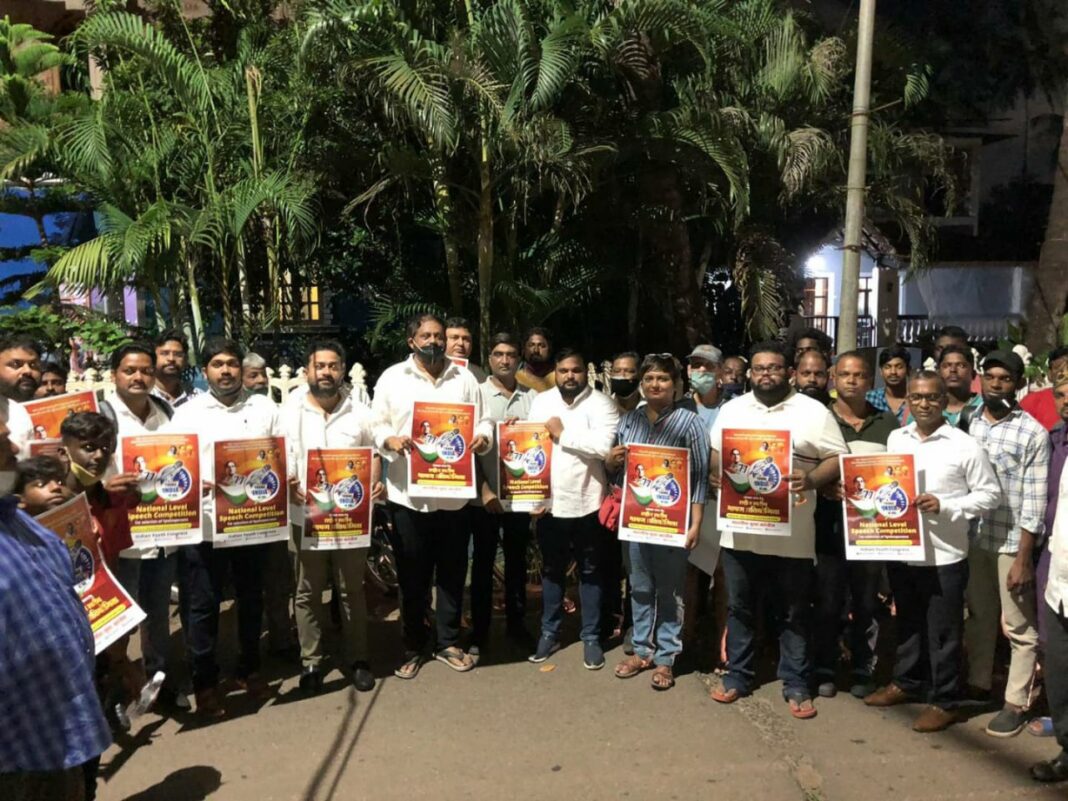 Panaji: The Goa Pradesh Youth Congress members on Saturday held a meeting with St. Cruz block inorder to strengthen it and also to encourage budding spokespersons from the area under ‘Young India Ke Bol’ initiative. 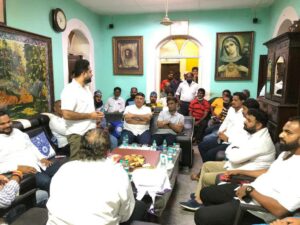 Adv. Mardolkar said that every member of GPYC is working hard for the betterment of the society and hence have vowed to bring good governance in Goa. “Under the rule of the BJP government every person is suffering. Right from mining closure to failed policy of generating employment, the BJP government has failed to give income source to people. Rather than working to create employment it is busy in bulldozing the rights of the public.” Mardolkar said.

He also said that roads in the state of Goa have washed out and many potholes are seen on the roads, but the BJP government has sidelined the issue, where people are suffering due to spondylitis.

“This forced us to launch the ‘spot the pothole’ drive, for which we are getting good response as everywhere in Goa there are potholes on roads.” Mardolkar said.

Akhilesh Yadav said that vigilant Goans have supported Congress party and many youths are joining to save Goa. “BJP has done all the mess in administration. This we witnessed during COVID and during many other issues. It has failed even to have good management to provide internet facilities and connectivity to youths, who are missing online classes.” Yadav said.

Rudolph Fernandes also appealed to the youths to have better management to reach every citizen of Goa and to know their problems. “Youth Congress members did a fantastic job during COVID times by providing oxygen to patients. We should not abandon this enthusiasm, but should help society.” He said.