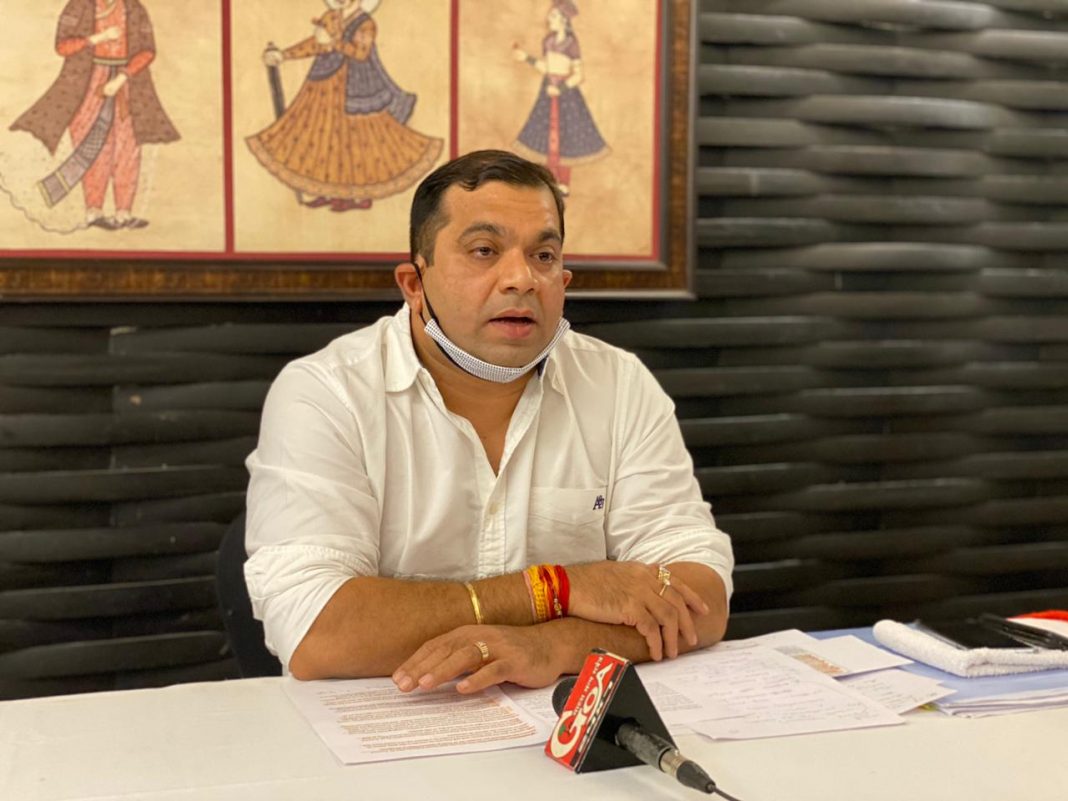 Panaji: More than 500 people have lost their lives to the COVID19 virus due to the mismanagement of state government, and also their greed to make money out of pandemic, Independent MLA Rohan Khaunte said.
Khaunte told a press conference that the 500 deaths and count is mounting every passing day, mirroring the covid mismanagement by Dr Pramod Sawant-led government and also the greed of people in power to make money at the cost of the lives of gullible citizens.
He said that considering the average deaths from September till date, it calculates to 300 deaths which means 8 to 10 people succumbing to the infection every day. This is a very serious rate, and government has not done anything to control it.
Khaunte said that the zero mortality is possible in the state like Goa, if government adopts corrective measures by keeping aside their vested interest.
He alleged that the differences between CM Pramod Sawant and Health Minister Vishwajit Rane has made the genuine and honest doctors who were treating the patients, to lose their enthusiasm. “These differences are also affecting the common people,” he added.
Khaunte said that the entire situation is confusing as SOPs change frequently and people are clueless about what is happening. Home Isolation is a failure and CM is using the kits to publicise himself as he has already announced that he would be mascot of the party for next election.
He said that inspite of planned reduced testings per day by the Govt., the number of positive cases keep going upwards, without reducing proportionately.
Khaunte said that the recent decision of government to keep in abeyance the DDSSY scheme for covid-19 patients’ treatment in private hospital was a fall out of lobby of corporate hospitals.
“Just because few corporates and corporate don’t want the scheme, it was shelved. I appeal CM to rethink and introduce the scheme so that the common persons can also take treatment in private hospitals.”

Previous articleOnline psychology classes for students of Std 11 and 12
Next article5,000 Home Isolation kits to be distributed within a week: Vishwajit Rane