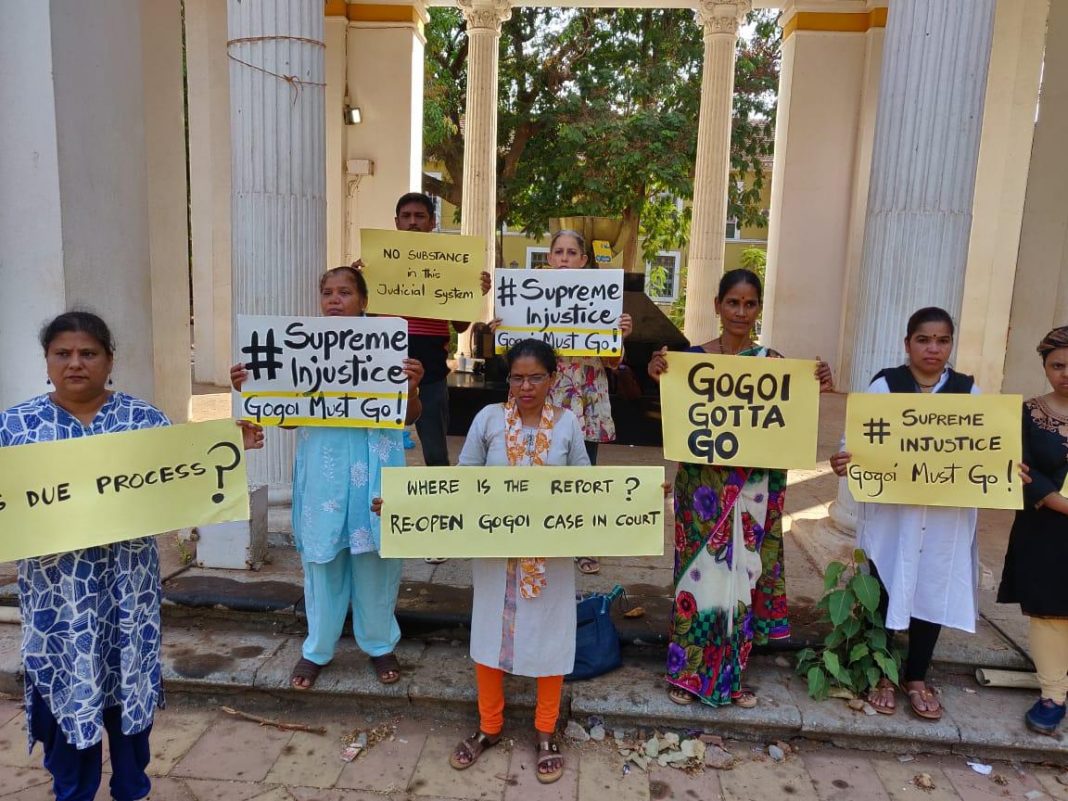 Panaji:  Women’s organization on Saturday protested in Goa against the clean chit given to Chief Justice of Supreme Court Ranjan Gogoi in sexual harassment charges against him.

The protests were held at Azad Maidan in Panaji city where were attended by women activists,who demanded that justice should be meted out to the victim in this case.

“No due process of law was followed by the committee constituted by Supreme Court in this case. The victim is not given justice due to which we are protesting here,” said Sabina Martins, a women’s activist.

The complainant was not allowed any support when the committee started hearing the case. “The complainant has hearing disabilities, so should have been allowed to take any person with her,” she said.

She said that the ‘supreme injustice’ has been done to the victim who is even denied the report of the committee, which is required for her to decide her future course of action.

Martins said that all over the country women’s groups have been protesting. Instead of listening to the demand, the state is attacking them.

“In Delhi, 70 activists were arrested, in Mumbai and Bangalore there have been protests. We are demanding that due process should be in place. The committee has to be appointed within the framework of law,” she said.