With Onion prices soaring such a high, people are saying ‘bure din’ were better: Pratima Coutinho 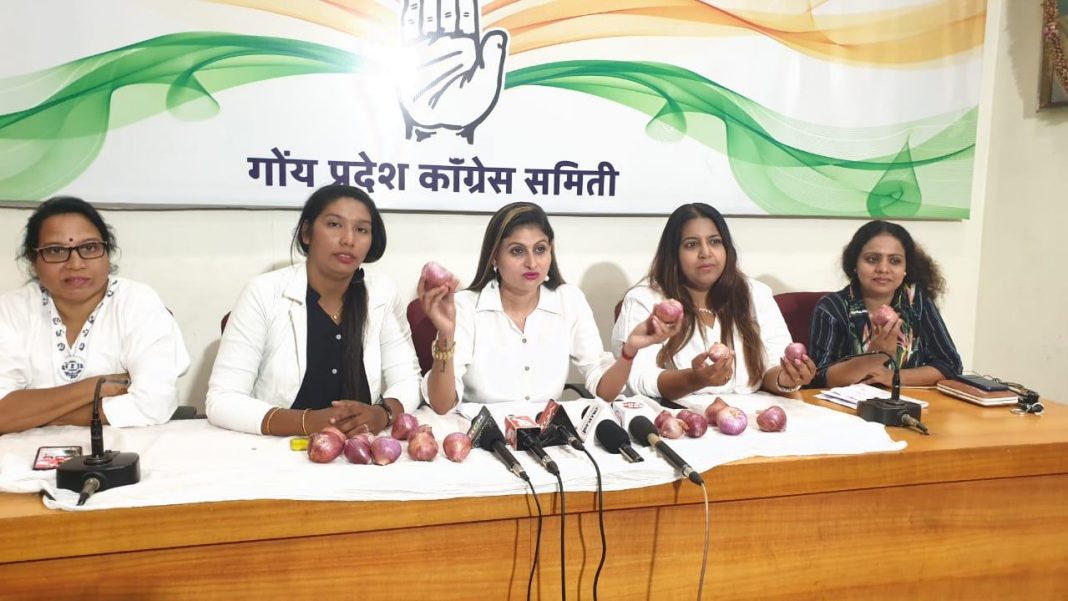 Panaji: As the prices of onion sky-rocketed in the coastal state, Goa Pradesh Mahila Congress Committee President Pratima Coutinho on Friday said that State government should intervene in the matter immediately and provide subsidized onions to the people in the State.

Coutinho also chided BJP-led government over its slogan of ‘Acche Din’ claiming that people were happy during ‘Bure Din.’

Addressing a press conference in the city, Coutinho pointed out that during the tenure of Congress-led government in Goa, the prices of Onions were subsidized when they had soared.

“I remember that then chief minister Digambar Kamat had subsidized Onions so that the prices remain stable and affordable. Current government led by Pramod Sawant has completely failed to do so,” she said.

The Congress leader questioned why Onions are most expensive in Goa compared to the other places in the country including Kolkatta and Mumbai. “The lame reasons are given that the prices of Onion has gone up due to extended rainfall in the neighbouring States,” she said.

Coutinho demanded that the Chief Minister should immediately step in and subsidise the Onions in the State, failing which the Mahila Congress will have to resort to the agitation.