Why we should worry about fate of our Mangroves? 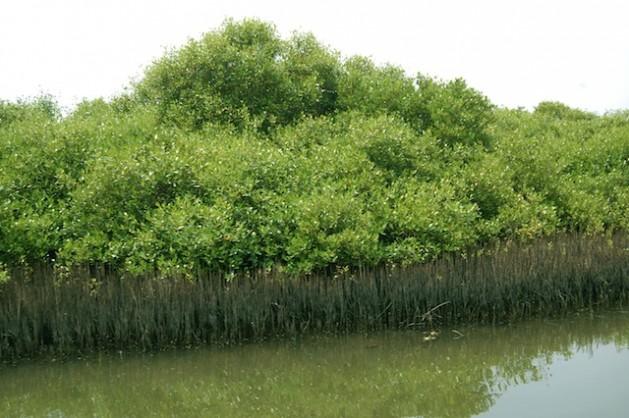 Panaji: After finding its presence along the Goa’s seashore, the scientists worry that the microplastic is making its impact felt on state’s magroves eco-system, which acts as a natural buffer between land based contamination and the Sea.

Scientists at Goa-based CSIR-National Institute of Oceanography (NIO) have conducted preliminary study of the mangrove eco-system in the coastal state’s River Mandovi, while detailed research is anticipated to find out exact impact of microplastic on this eco-system.

The past studies by CSIR-NIO have already confirmed presence of microplastic all along the coastline of Goa, which is frequented by around six million visitors annually.

“There is no detailed study on impact of microplastic on mangrove eco system in India. The countries like Singapore, Malaysia and China have conducted the studies bringing in results that are alarming,” said Dr Mahua Saha, Senior Scientist with CSIR-NIO, who has done extensive research on microplastics in India and Japan.

Saha said that  Mangrove ecosystems always serve as buffers and are considered barriers to land-based inorganic and organic contaminants’ delivery to the sea, which needs particular research attention. “However, limited information is available on the distributions of microplastics in mangrove ecosystems,” she added.

The study which focused on the  microplastic pollution status of Singapore’s coastal mangrove ecosystems has  found that its content  might be as high as 62.8 items per kg dry sediment, she pointed out.

“The hydrodynamics of semi-enclosed seas (the usual mangrove vegetation habitat) are a dominant factor determining the content of the microplastics. However, no relevant studies were found about the abundances and characteristics of microplastics in semi-enclosed mangrove sediments or their associated flora and fauna in Indian mangrove ecosystem,” she said.

Saha said that  Indian mangrove vegetation represents fourth largest in the world, distributed along the coast-line and occupies eight per cent of the total world mangrove covering 6749 square kms areas.

The West coast region stretches from Bhavnagar estuary of Gujarat to Cochin estuary of Kerala and constitute 15 per cent mangrove.

“Here are about 11, 20, 14 and 10 species of mangroves reported along the coast of Gujarat, Maharashtra, Goa and Karnataka respectively in western India. Goa state is located in western coast of India and mangrove vegetation in Goa occupies 500 ha of area,” she stated.

The Cumbarjua canal (15 km) links the two river channels of Mandovi and Zuari, forming an estuarine complex which supports a substantial mangrove extent. Goa is a small state situated along the central western coast of India. Encompasses an area of 3,702 square km.

Saha said that  Goa has a coastline of 101 km. and the study on microplastics must be preferred to conduct  on  true mangroves and mangroves associates, in Goa. The researchers feel that the studies can be done in the selected sites like  Zuari, Mandovi, Chapora, Terekhol, Talpona, Galgibag Rivers and Salim Ali Bird Sanctuary near Panaji.

“It is important to know what type of microplastics are accumulated in mangrove sediments and sediment related flora and fauna, their sources in abundance. The findings will provide new insight into the distribution, transportation and transformation of microplastics in mangrove ecosystems located on the semi-enclosed sea,” she added.