Why is sawant making the police force his mouth piece? Goans aren’t afraid! AAP to BJP 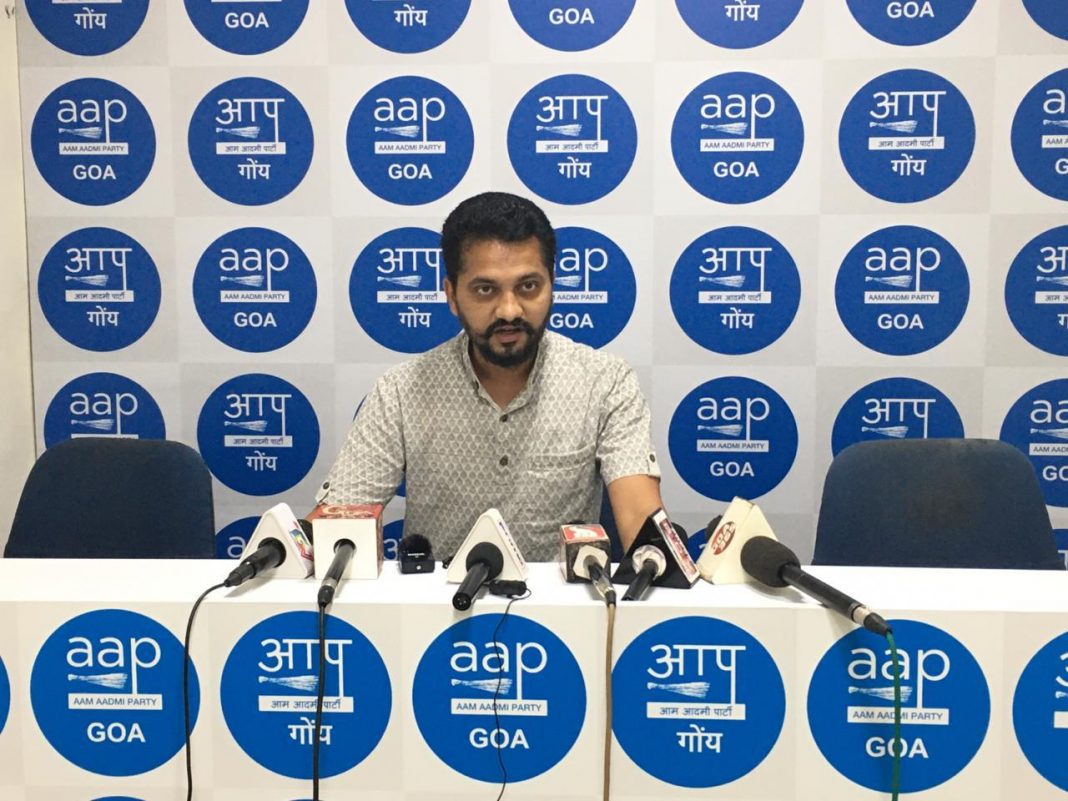 Aam Aadmi Party took strong exception to DGP Mukesh Kumar Meena questioning Goans objections to double tracking and termed it an example of politicising of the police force in Goa.

AAP spokesperson Adv Surel Tilve pointed out that Goans are different from rest of India which even prompted the first prime minister of India to acknowledge.

He said Goans know what is best for Goa and do not need bureaucrats from from other states telling them what is development.

“Meena Kumar is free to broaden railway tracks and roads in his home state and let Goans decide for themselves,” he said.

“The police force has been time and again been pressurised to silence Goan voices. Even our volunteers had FIR filed against them only because they stood for Goa. But sawant needs to remember that Goans aren’t afraid of such tactics and the voice will only get louder” He said

“Police are to protect people while upholding the law and they are not required to be His Master’s Voice,” he said.
Adv Surel while asking the DGP to maintain the decorum of his office warned that he will report any further transgression in future