Why has Mapusa Tar bridge been demolished if a temporary structure has come in its place? 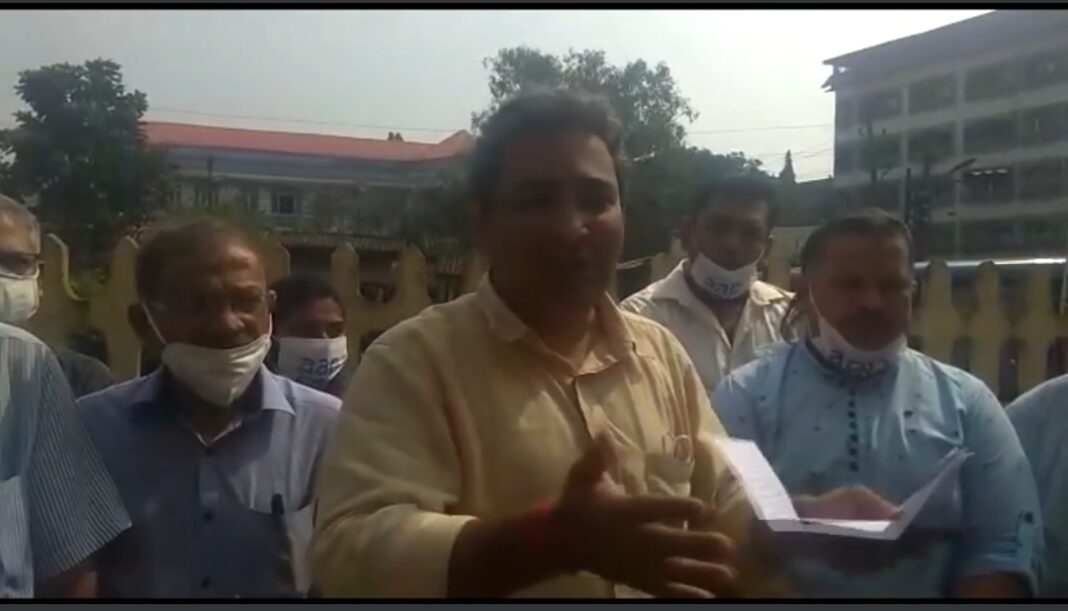 Aam Aadmi Party’s Goa convener Rahul Mhambre expressed his indignation over the demolition of a bridge over the Mhapsa Tar river and construction of a temporary bridge at this place without any planning. He pointed out that the slow pace of work on the bridge and the collapse of the old bridge were causing inconvenience to the people and accidents were also taking place due to the narrowness of the bridge.

Mhambre has criticized MLA Joshua D’Souza over the issue of a temporary bridge at Mapusa. Mhambre said the bridge was deliberately demolished and rebuilt when there was no need. “It’s just a stunt by Joshua to make people think he’s got something to do before the election,” Mhambre said.

In this regard, AAP’s Goa Convenor along with residents from Mapusa tried to meet Mayor Shubhangi Vaigankar but She did not come to the Municipal Corporation office.

“Mapusa is suffering due to the haphazard planning of and failure of its MLA Joshua D’souza. Where is the Master plan? Where is the vision? Joshua bab is only trying to make it look like he has worked as the election is close by but Mapusa residents wont be fooled” said AAP Goa Convenor Rahul Mhambre