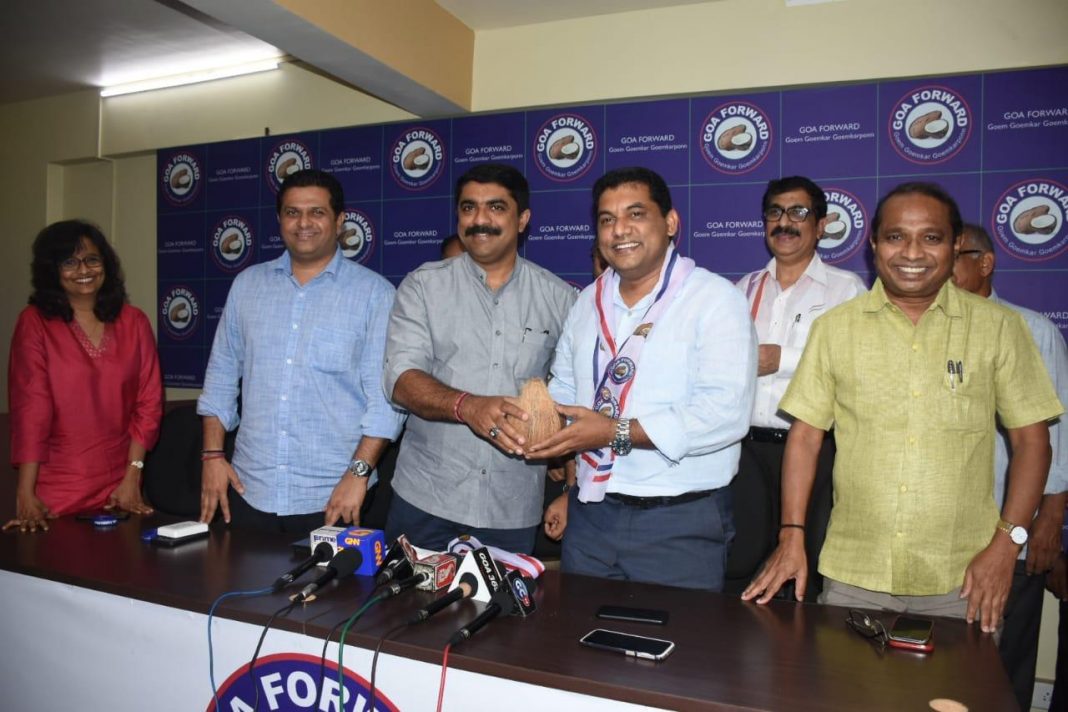 Panaji: Social worker and Independent candidate from Ponda Rajesh Verekar today joined Goa Forward Party (GFP) in a bid to expand the party’s base in the constituency, which is currently ruled by Congress.

Rajesh had recently backed the MGP Panel for Ponda Municipal Council election due to which MGP could touch seven-member mark in the recently concluded elections.

However, in a surprise jump, he joined GFP, the alliance partner in the BJP led coalition government.

Speaking to media post induction in party, Rajesh said that he was attracted towards party because of the leadership quality of Vijai Sardesai.

“I was and I am impressed with the leadership of Vijai Sardesai and I believe that only Goa Forward can protect the interest of Goa and cross sections of people,” he stated.

Verekar said that he was also impressed the way GFP has recoganized Bahujan samaj and protected the interest of the section. “I am not here to contest the election but to work for party and expand its base in Ponda,” he said.