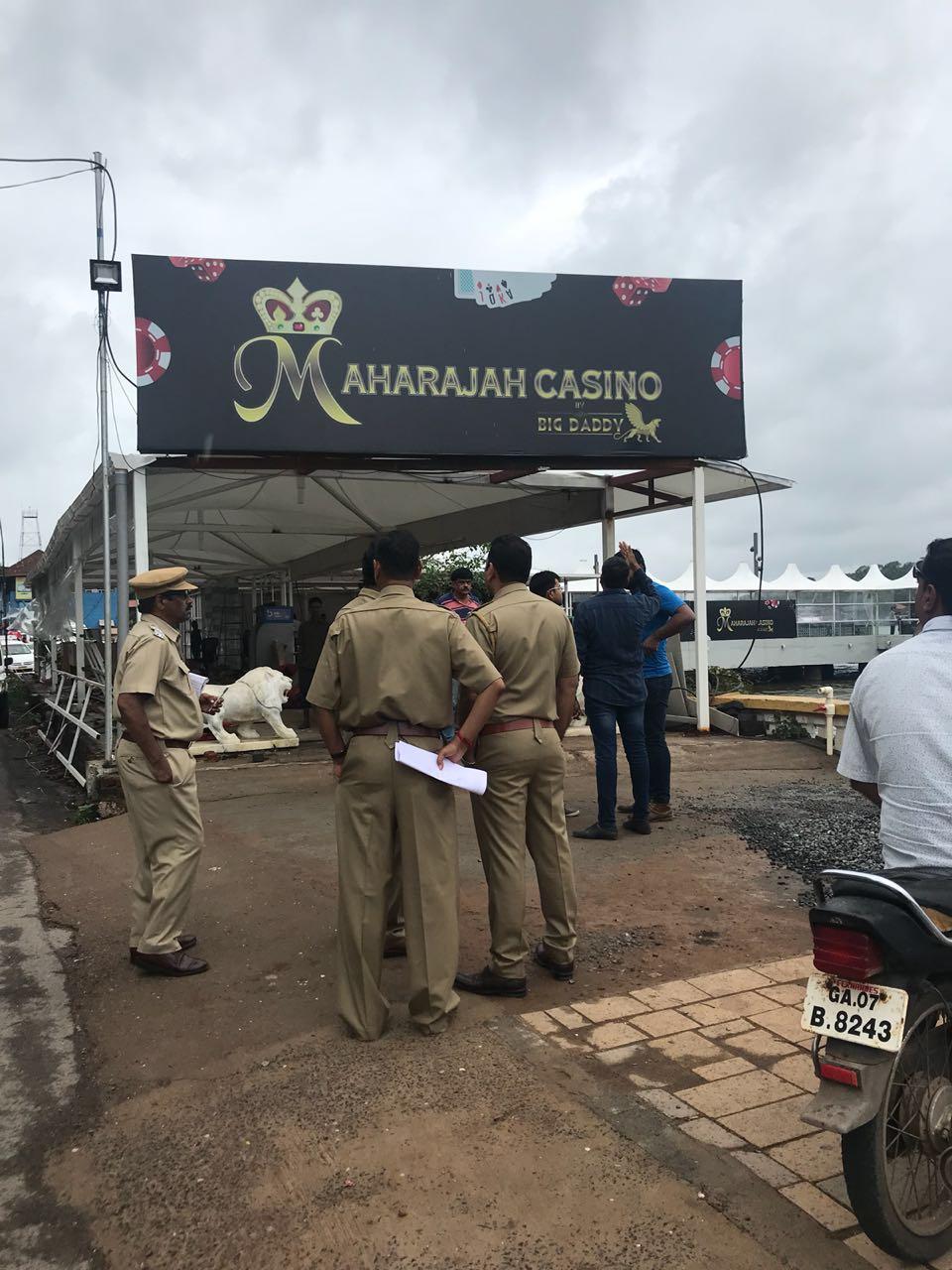 Panaji: After series of contempt petitions staring at face, Corporation of City of Panaji finally did what they should have done long back. The CCP squad was seen removing the office of Maharaja which was on the footpath of Panaji.

It took series of contempt petitions and protests by political parties like Aam Admi Party and the Congress to get the hurdle cleared from the footpath.

Social activist Kashinath Shetye had released his first series of “Kiten Challa Re” on this hurdle yesterday morning and had later filed contempt petition in the High Court.

Same day, AAP workers had stormed in the illegally built office of the casino and also filed petition in the High Court.

CCP which was not acting all along, finally, sensing the problem moved their machinery to remove the hurdle. CCP Commissioner had been made respondent in the contempt petition. The petition would be heard on Monday.