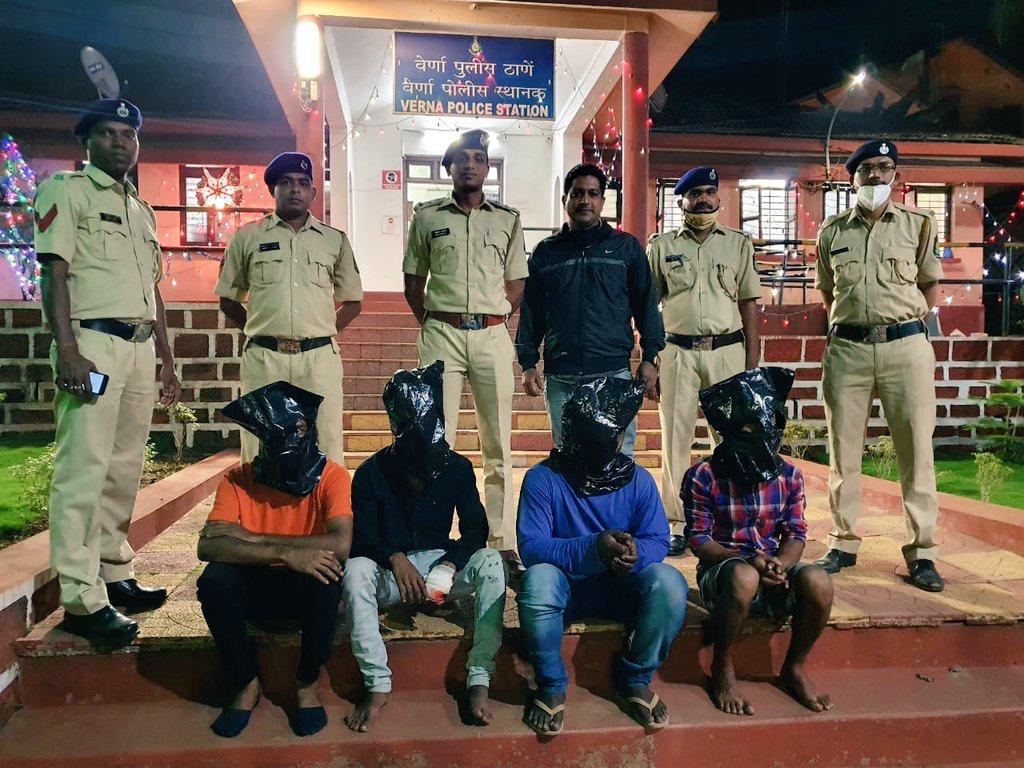 Velsao: Goa Police have arrested four persons from Assam for killing a man during a drunken brawl at Velsao beach in South Goa.

All the four accused were arrested on Monday evening at Margao Railway Station, while they were trying to flee the state after committing the crime, police spokesman said.

Verna Police had recovered corpse of one Khegan Nath, 26, at an isolated spot at Velsao beach in South Goa.

The spokesman said that all the four accused were identified based on investigation and technical analysis of the deceased.

“All the four accused were arrested at Margao Railway Station with the help of Konkan Railway Police when they were trying to flee from the state,” he said.

Police said that the investigation has revealed that the deceased and accused were migrant labourers who had recently come to Goa for work.

“They hailed from the same district and were known to each other. On the fateful day all of them went for a picnic at Velsao Beach where they entered into a drunken brawl and the victim suffered fatal injuries,” he said.

“All 4 accused later fled from the spot,” he added.