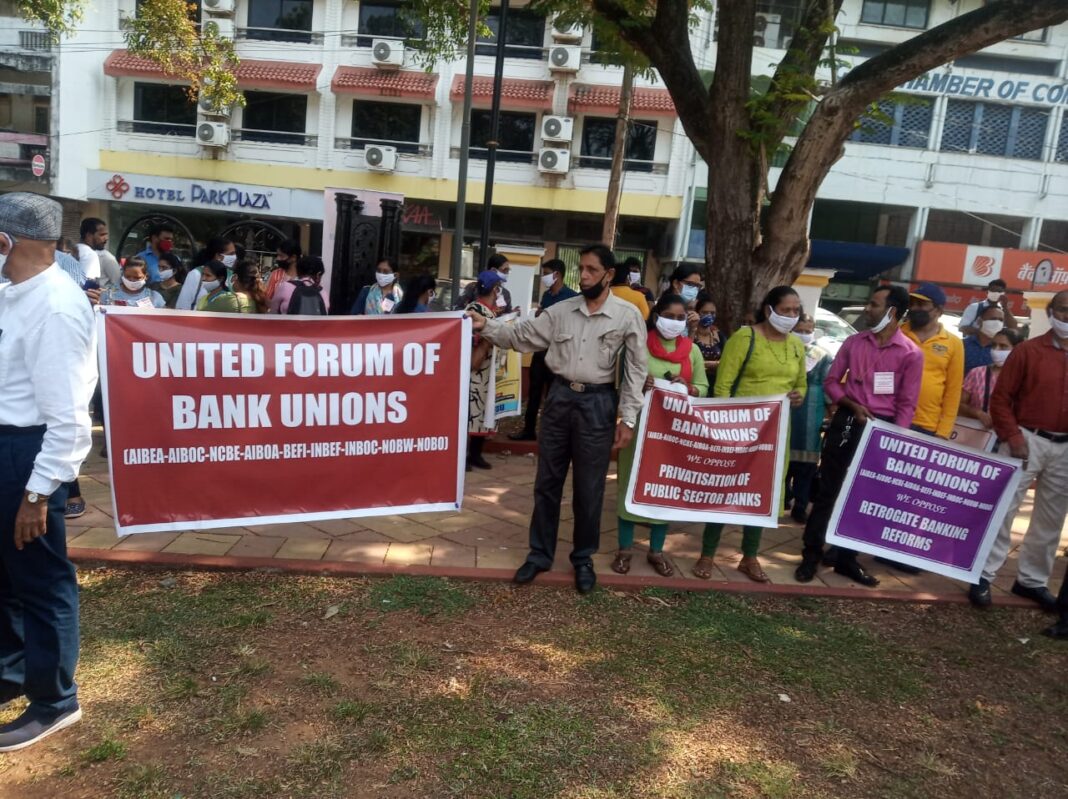 Panaji : The United Forum of Bank Unions (UFBU) protested today morning at Azad maidan against the Privatization of public sector Banks by government of India.
UFBU alleged that once banks are privatised the Job security of employees will be at stake. “Banks are the backbone of India, and cannot be privatised” said comrades present for the protest. Protestors have demanded that banks should not be privatised and that they will fight to tooth and nail to make sure the government does not succeed with their plan.
President of Goa Bank Employee’s association, Subhash Naik George who was present for the protest asked “government talked about privatising insurance companies, selling government land, privatising all public sector units…if all government assets are sold what will be left to the next generation?” He added ” Privatization is harmful not only to bank employees but also customers as their money wont be safe anymore”
” Before independence India was at the mercy of East India Company and if public sector banks are privatised a similar situation will prevail once again” said UFBU. They also proclaimed that the protest will continue till their demands are met.
Share
Facebook
Twitter
WhatsApp
Linkedin
ReddIt
Email
Print
Telegram

Previous articleCount all votes together: Sankalp Amonkar
Next articleSuper power at work in BJP government to handover Goa to crony club- Digambar Kamat