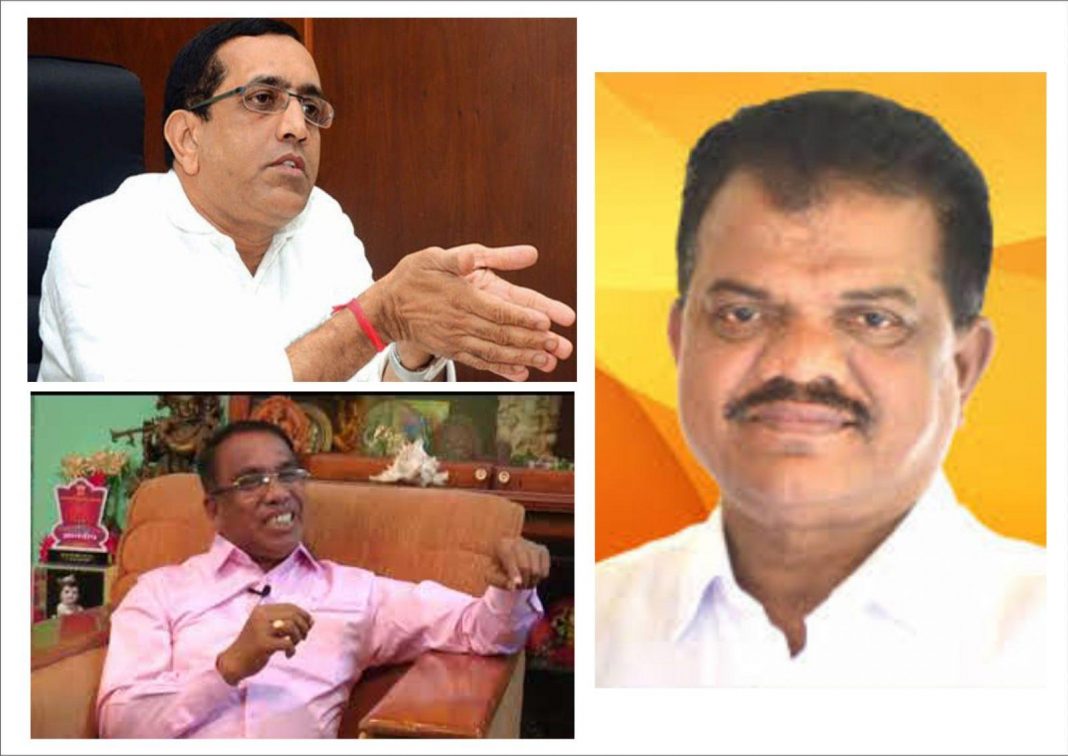 Shiroda: As Congress candiate Mahadev Naik has been low on the campaigning, the real tussle for Shiroda by-election will be between MGP’s Deepak Dhavalikar and BJP’s Subhash Shirodkar.

Both the candidates are leaving no stone unturned to woo voters, and has also kept a strict watch on each other to ensure that money or muscle power do not play role during the last two days.

Police have also turned Shiroda into a fortress with every vehicle entering in the constituency from Borim or Sanvordem side being checked thoroughly. Shiroda has become a prestige seat for BJP and also for MGP, while Congress seems to be showing least interest after their pact with Dhavalikar brothers.

While Dhavalikar has managed to gain ground in this constituency due to his three month long campaigning, Shirodkar is banking on his developmental work, contacts and voters’ base which he has been nurturing for last three decades.

The shift from Congress to BJP has become a hurdle for Shirodkar, which is giving edge to Dhavalikar. But Dhavalikar’s tag of being outsiders is not working in his favaour against ‘Bhau’, a pet name in which Shirodkar is known.

When the election forms were filled, Shiroda was expecting a three corner fight with political pundits expecting that Mahadev might steal the show as the votes would be divided between MGP and BJP. But Congress’ strategy at State level has not gone well with Mahadev, two time MLA from this constituency.

Congress is also not seen campaigning much in this constituency while BJP has put its entire force. Independent MLA and minister Govind Gawade has been working overtime here and also the forces like Lavoo Mamledar has joined hands with Amit Shah led party here.

Dhavalikar has been able to put up good show with he being a crowd puller candidate at least till now. Some Shirodkars say that crowd that Dhavalikar carries along with him is not from Shiroda.

With few days left for the election, it is estimated that the election results of Shiroda will determine the political future of Goa.

Previous articleVote looking at the events after mining ban: GMPF
Next articleCentrally funded schemes to be attracted to protect our extinct culture, heritage: Shiv Sena