Traffic Sentinel: Fine for not wearing helmet while driving car 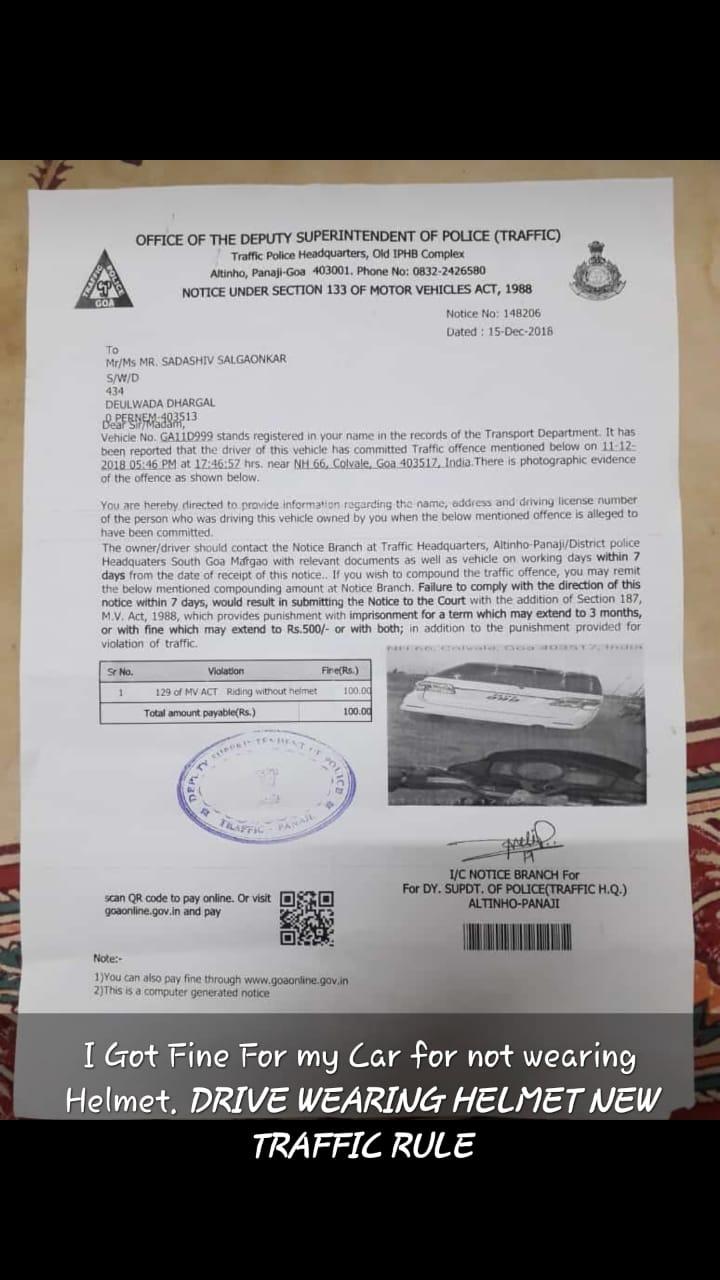 Pernem: It’s bizarre! A four-wheeler driver has been fined in Pernem after being caught by Traffic Sentinel while driving without helmet at Pernem.

So are helmets now compulsory for the four wheelers?

Office of the Deputy Superintendent of Police (Traffic) at Altinho has issued notice under section 133 of Motor Vehicle Act, 1988 to Sadashiv Salgaonkar residing at Deulwada, Dhargal on December 15.

The notice is issued against his vehicle GA 11-D-999 which is a four-wheeler. The place of offence is at Colvale on the National Highway.

The challan is issued under section 129 of MV Act and it is clearly mentioned that it is for “riding without helmet.”

The offender will have to pay Rs 100 as a fine.

So, here we go. Now better put on your helmet before get tighten your seat belts.