Sugarcane farmers to begin their strike from tomorrow at Sanguem 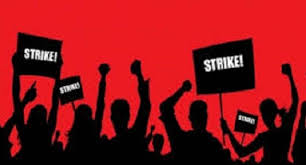 Sanguem:   A union representing Sugarcane growers in the State have announced their indefinite agitation from January 02 onwards seeking compensation from the state government.

The Sugarcane growers, gathered under the banner of Uss Utpadak Sangharsh Samiti (Sugarcane Growers’ Action Committee) have been demanding compensation from the State government after closure of Sanjivani Co-operative Sugar Factory,  state-run entity.

Committee President Kushta Gaonkar told reporters on Thursday that they have decided to protest outside the Deputy Collector’s office at Sanguem taluka in South Goa demanding compensation to the sugarcane growers.