Some political parties speak things that are of no concern for elections, politics: Gandhi 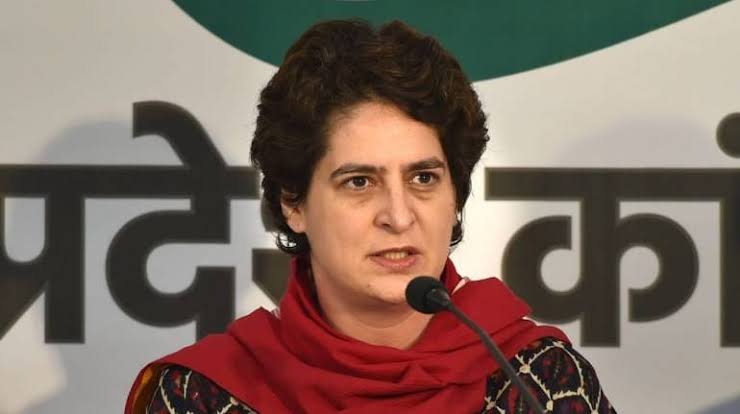 Dabolim: Congress general secretary Priyanka Gandhi on Friday said that there are some political parties which speak only of things that are of no concern actually to the elections and politics of the day.

She said that the congress is the only party which speaks about development during its election campaigns.

Gandhi was in Goa on her one day long tour to the poll bound state, where Congress party has announced to contest on majority seats.

“When we talk about elections and come for campaigns, we talk about development. We talk about what we want to do for you because we know it is our duty,” she said after inducting social activist and former defence officer Capt Viriato Fernandes in the partyfold in Dabolim assembly constituency.

She said that by speaking about development, Congress is not doing any favour on the people. “This is your right, it is our duty to deliver. But there are political parties today which speak only of things that are of no concern actually to the elections and politics of the day,” she commented.

Referring to Goa elections, she said today what Congress is fighting for in Goa is Goa itself.

Talking about the speech by Capt Fernandes who spoke about environmental degradation by the state government, Gandhi said “you inumerated number of such decisions that this government has taken that has hurt the heart of Goa.”

Gandhi commented that the BJP government is telling people every single day that it has no respect for the people of India, people of Goa and to the beautiful land, ocean and forest.

“Nothing is greater in democracy other than respect for people and respect for the Earth that you stand upon because it is the people who have built the democracy,” she stated

Referring to the induction of Capt Fernandes, Gandhi said when  somebody who represents the voice of the people decides to join congress party, it is truly a proud movement for us.