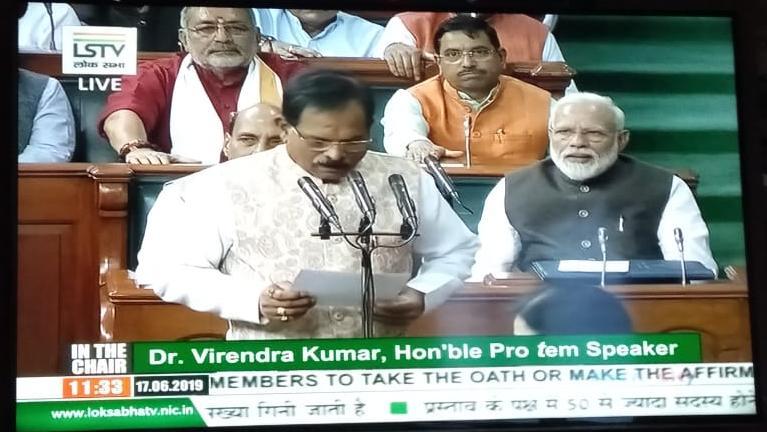 The five time member of Parliament took oath in Sanskrit language, which was one of the language chosen by members.

Lnguistic diversity of India was on full display in the Lok Sabha when members took oath as the 17th Lok Sabha commenced proceedings on Monday.

Union Health Minister Harsh Vardhan, an ENT surgeon, left other MPs in the house surprised when he completed his oath in Sanskrit. Ministers of State Ashwini Kumar Choubey and Pratap Chandra Sarangi also took the oath in Sanskrit.