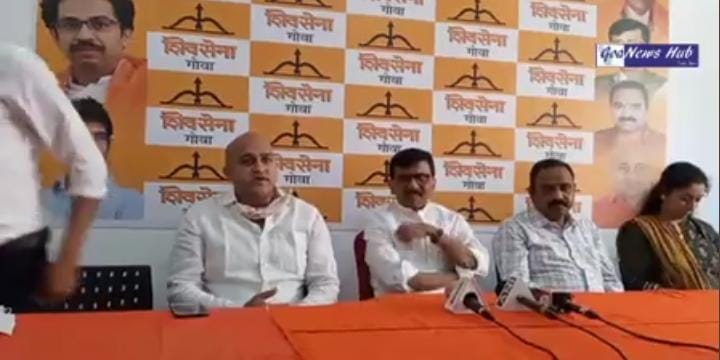 Shiv Sena leader Sanjay Raut told reporters in Panaji on Sunday that the party will contest in all the assembly constituencies were it has its presence.

He also said that there is largescale unrest against BJP-led government in Goa but the opposition parties have failed to encash on these sentiments.

“There’s unrest against the government in Goa but at the same time the opposition parties are not doing their work properly,” Raut said.

He said “the lack of opposition is allowing space for the parties like AAP, who arrive in the coastal state only during election.”

“The political parties like AAP come in the state when elections are around and then they disappear,”he commented.

Raut said that during his visit to the state, he reviewed the preparation of the party to face upcoming election.

“I have come here to review the preparations of the party to face the next election and how many seats, we would be able to contest,” he added.

Raut recalled that his party had contested the last election in alliance with likeminded parties and contested only on three seats.

He said that some political parties which question the strength of Shiv Sena in the state, should show their own prowess by contesting without having any alliance during the next election.