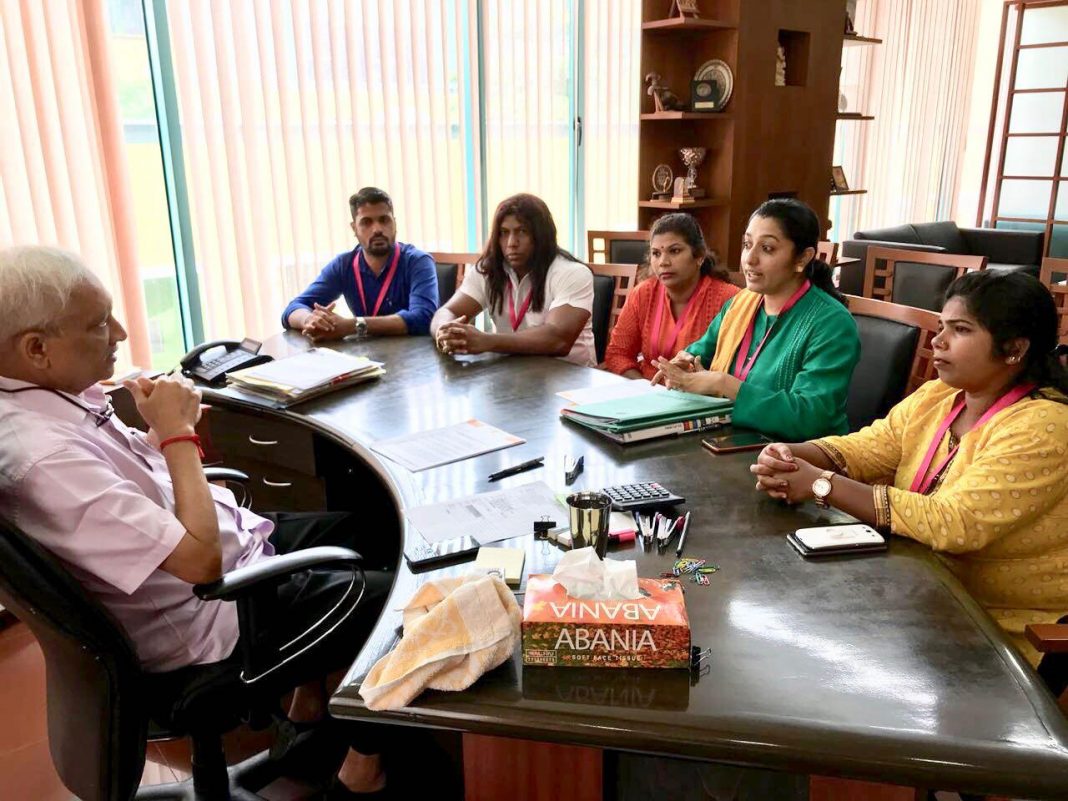 Panaji: Shiv Sena today met chief minister Manohar Parrikar at his chamber in the Secretariate to brief him about the inaction of police and other authorities against Deputy Sarpanch of Netravali panchayat Abhijit Desai, which has led to him unleashing terror in the area.

During the meeting with the chief minister, Sena gave detailed memorandum with the chronology about the cases filed against Abhijit Desai. It was told to the chief minister that Sanguem police inspector Sagar Ekoskar has been blatantly defending the accused thereby promoting his terror in the area.

Sena claimed that Abhijit Desai has literally turned the area into ‘Jungle Raj’ with the help of local police officials including Inspector Sagar Ekoskar.

“Right from illegal collection of toll at the entrance of Netravali village to beating of the people with the help of police department, he has done all possible atrocities on the locals,” Sena has said in the memorandum.

“There have been several complaints filed against him at Sanguem police station and also with the authorities like Director of Panchayat and Deputy Collector, but has managed to evade action,” Sena said.

The memorandum has mentioned that in one of the case related to illegal collection of toll, despite having FIR filed against him, he was not even called for questioning. Police department has been working completely hand in gloves with Abhijit Desai.

“The attack on Amit Naik in March this year was indication of how people are unsafe even in police custody. Abhijit took the advantage of the frivolous reason and kidnapped Amit with the help of police in a private car and then assaulted him to such an extend that his kidney was damaged. He was admitted in GMCH for five days. He is a cancer patient. That case too, they managed to hush up as Police Sub Inspector who was named in the complaint himself investigated it,” it adds.

Abhijit has misrepresented about his residence to the Election Commission, which I had exposed before Deputy Collector. But in that case too, he managed to get the order in his favour, disregarding the proof which I had submitted.

In the latest instance, he had invited Goa Pradesh Mahila Congress Committee President Pratima Coutinho to the village and took her to the residence of 17 year old girl who is victim of molestation.

“Abhijit is seen in the photograph along with two others, whom I have named in my complaint before Women Police Station. The entire incident is a conspiracy hatched by Abhijit to defame the victim who belongs to the Scheduled Tribe community. It is also a move to settle score on the Jharkhand boy, who is accused of molestation,” the memorandum points out.

In the name of justice to the girl, they have exposed her in front of everyone due to which she has been forced to face the social humiliations.