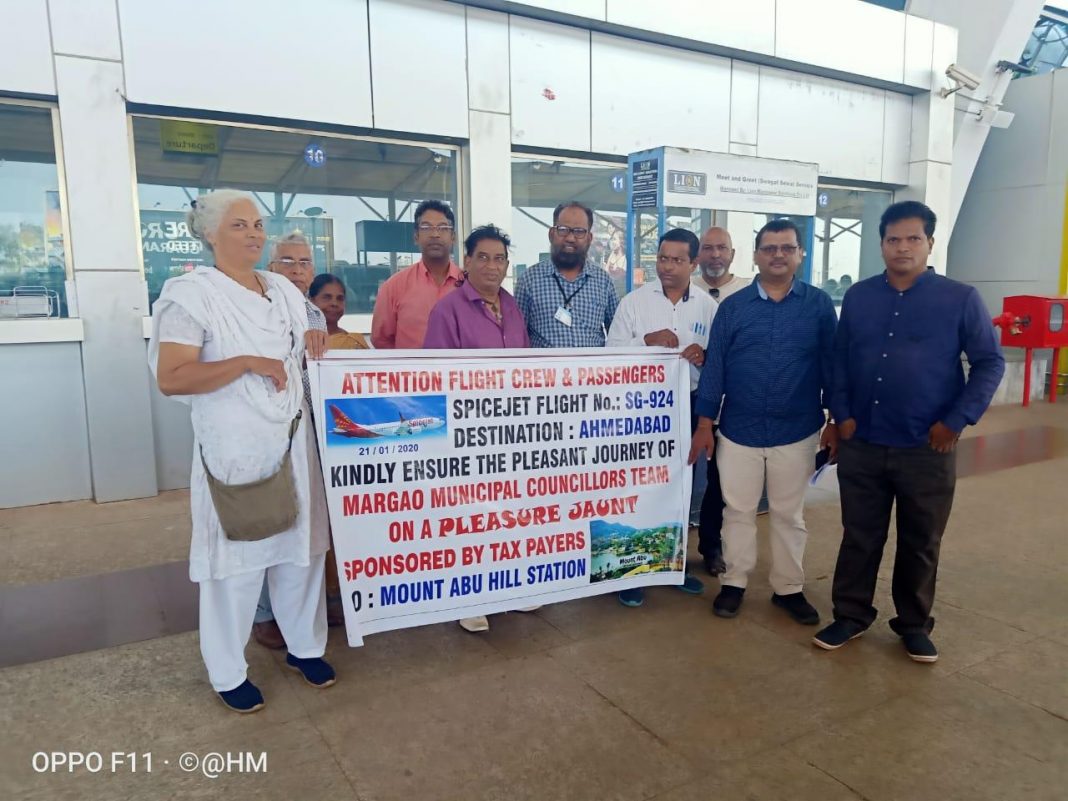 Vasco: In a sarcastic protest, the members of Shadow Council for Margao on Tuesday went to say good bye to the group of MMC councilors who went to Mount Abu.

The group went for the so-called study tour at the cost of state exchequer despite opposition from the majority people including citizens.

A senior official from Goa Forward Party said that none of the councilors affiliated to their party have not joined the tour.