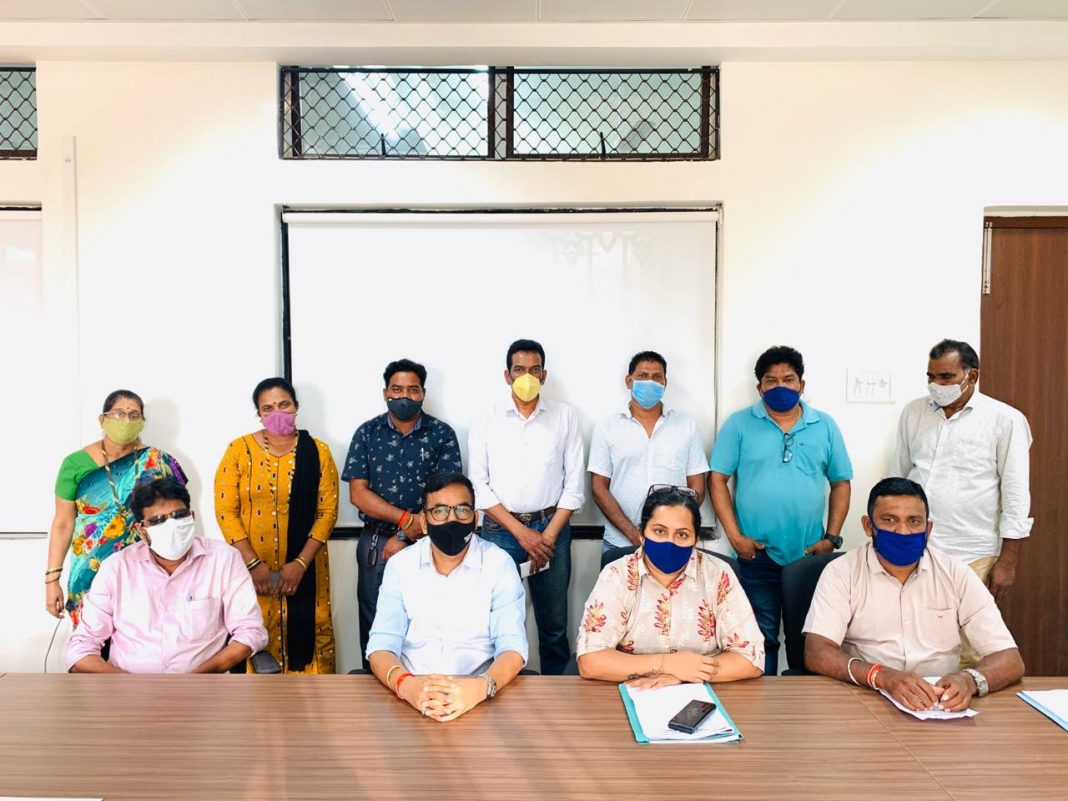 Porvorim: The Panch members including Sarpanch of Salvador do Mundo on Friday accused BJP’s Porvorim Block of indulging in politics over the murder of Vilas Methar, who was set ablaze at Torda.

The members accused BJP woman leader Kunda Chodankar of unnecessarily targeting their panchayat body of shielding the illegal constructions, which has resulted in the murder. Sarpanch Sandeep Salgaonkar said that the panchayat had instead ordered the demolition of the building, which was stayed by Directorate of Panchayat.

Salgaonkar said that BJP’s Porvorim Block was trying to garner political mileage out of unfortunate killing of an innocent person. He said that the deceased had his office in Panchayat building and was closely associated with the body.

The Sarpanch produced the order issued by the panchayat against illegal construction, against whom the deceased was fighting. He pointed out that Directorate of Panchayat stayed the order, allowing the construction to be completed in violation of the rules.

He said that it is not for the first time that Directorate of Panchayat has quashed the orders of Salvador do Mundo Panchayat, but it had become regular affair, due to which the illegalities were encouraged.

“If Kunda Chodankar was not aware about the fact, she should have visited us and got the information. Unnecessarily addressing media with false information and maligning image of the Panchayat is not done,” he said.

Salgaonkar also pointed out that Porvorim MLA Rohan Khaunte had brought this issue of Panchayat Director unmindfully quashing the orders, on the floor of the House.

Without naming minister, the Sarpanch pointed out that the real illegalities are happening within BJP camp and said that there is one influential minister in Pramod Sawant cabinet who has purchased hill at Quitla, which should also be the subject of discussion for the BJP, if they are interested in acting against illegalities in real sense.

Deputy Sarpanch Reena Fernandes challenged Chodankar to get the demolished order activated by vacating stay from Directorate of Panchayat and pull down the illegal building, if she real means what she has been speaking to the media.

She said that the BJP was not bothered about the family of victim but instead were busy playing politics over the incident, which is condemnable.

In yet another issue, Fernandes also recalled the press conference by Chodankar in which she had said that she was feeling unsafe with one of the politician MLA , who is currently with her own party.

Salgaonkar said that Chodankar has been expert in maligning image of the people by using the media presence with Incomplete Information.