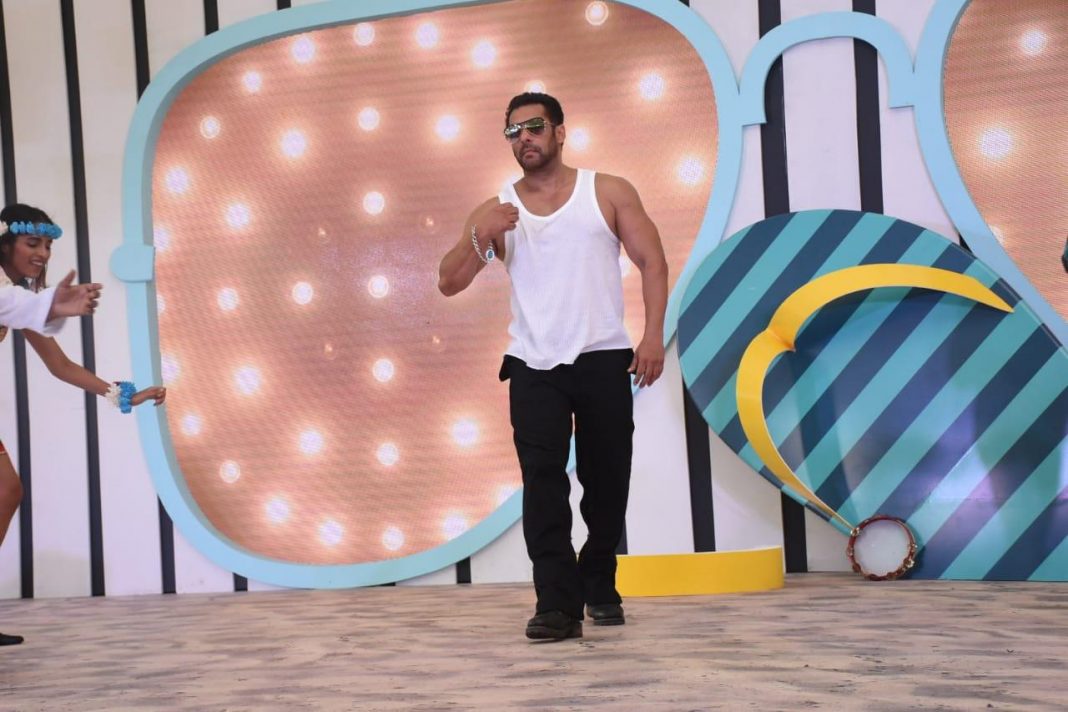 Nerul (Goa) Saas-Bahu’s drama, Mama-Bhanja’s camaraderie, Sita-Gita’s inseparable bond, Bade-Chhote’s playful connection, a helper’s deference towards his master, a grandmother’s undying love for her grandson – striking jodis such as these, since time immemorial, have always lightened our hearts and brightened our spirits.

And now, putting them all under one roof and knocking at your doorstep is India’s No.1 Reality show – BIGG BOSS. Equipped with daily tasks, weekly tasks, luxury tasks, secret tasks, special tasks and lucky tasks APPY FIZZ presents Bigg Boss 12 powered by OPPO F9 PRO in its 12th season will astound you with yet another innovative theme – ‘Iss bar aa rahi hai interesting Jodi’. Amidst the dreamy setting of a beach, #BiggBoss12 will pack a punch with its assorted couple jodis battling it out to survive 100 days under the constant glare of multiple cameras and Host Salman Khan’s lively supervision.

Bringing the biggest non-fiction show of Hindi GEC space in its 12th season, Raj Nayak, Chief Operating Officer, Viacom18 said, “Bigg Boss is a classic example of disruptive-innovation. The show has not only earned us a loyal audience base over the years but has also earned us rich dividends in terms of our partnerships and alliances.

Such is the success story of Bigg Boss that it has hit the right cords in whichever language it has been adapted to. The concept has remarkable potential and through the years we have been able to improvise it with newer themes, newer elements and newer faces.

He further added, “Our 9-year long association with Salman Khan has been extremely gratifying and his charm and persona has only made the show larger than life. This year’s beach theme with ‘vichitra jodis’ will see some unique couples maneuver their way into the hearts of the viewers and not make them miss a single episode.”

Giving a deeper perspective on the upcoming season of Bigg Boss, Manisha Sharma, Programming Head – COLORS said, “We have a very good line up of unusual pairings of family and friends from across India. It’s a challenge for us to take this show to newer heights every year since it’s the most popular brand in the Hindi GEC space. Non-fiction content from COLORS has always set a benchmark, and now with the success of Dance Deewane and Rising Star our endeavor is to make the 12th Season of Bigg Boss a chart-buster.”

Returning as the host for the 9th season in a row, superstar Salman Khan said, “Bigg Boss is show that not only the Nation looks forward to but even I look forward to it with equal gusto. Though I have been hosting it for 8 years, every time it brings in a new experience for me and I make a few more connections. The theme ‘vichitra jodis’ is very amusing and the vast array of couples that we have shortlisted will surely keep the viewers engrossed to the show. It’ll be fun to see whether the jodi’s have each other’s back or fall apart during the hard times.”

Commenting on the format of the show, Abhishek Rege, CEO, Endemol Shine India said, “Keeping our audiences intrigued and entertained year on year has always been our aim at Endemol Shine India. This time we have introduced a unique concept of ‘Vichitra Jodis’ in the Bigg Boss house. This season our interesting mix of contestants will also be paired up! What will be exciting to see is if these partnerships become their strength or their weakness and how these Jodi’s will deal with the out of the box tasks given to them. This added to the various twists and surprises we have planned for them will make Bigg Boss season12   a complete entertainment package.”

After a picturesque Launch announcement in Goa, COLORS is all set to activate a high voltage marketing and digital campaign for Bigg Boss 12 accelerating all touch-points and adding on to the already existing buzz. For all the digital savvy viewers, we have our VOOT exclusive properties of ‘Unseen Undekha’ i.e all unseen and dropped footage and ‘Cutless’ – full versions of tasks, nominations, fights and drama. We are also launching season 2 of ‘Bigg-Buzz’ – the digital extension of Bigg Boss which brings the entire social media universe onto one platform to discuss the weekly on goings in the house.

As the jodis get set to fight all odds and live together for 100 days, their lives will be filled with unique challenges and situations that will test their mettle and be an entertainment bonanza for the viewers. While only the strong willed will survive, the others will need to give a tenacious fight to save themselves from eviction.