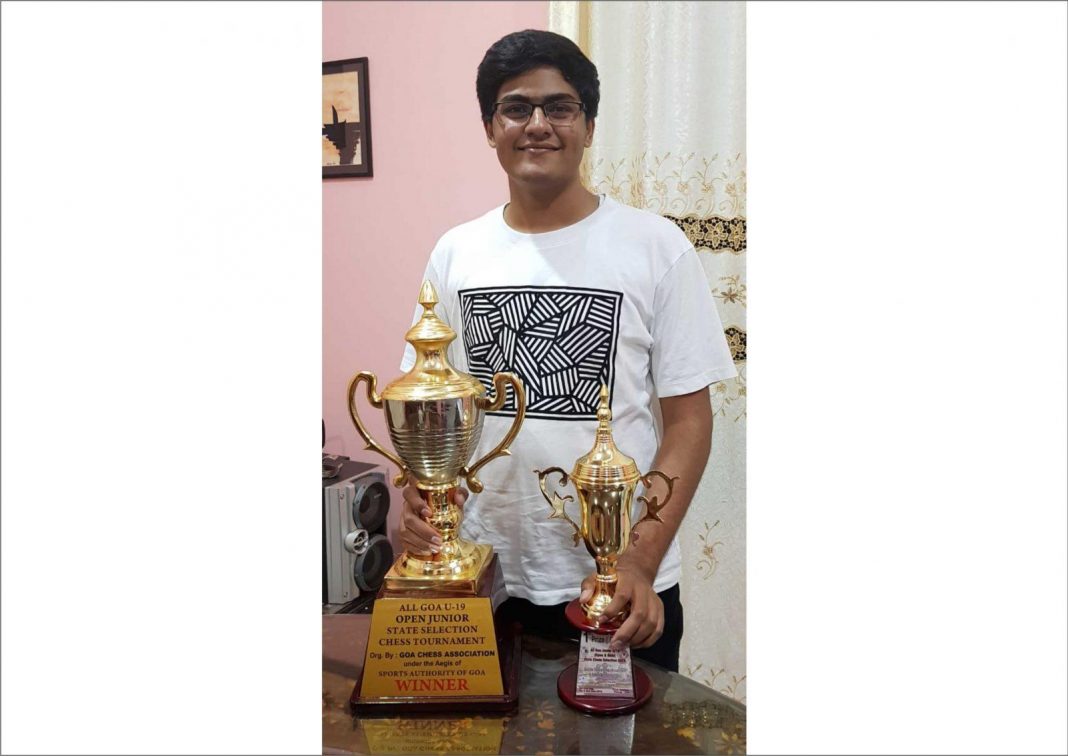 Ameya, who is now ranking second in Goa, after GM Anuragh Mhamal, displayed  very calm composition, as he  went on winning 7 rounds and a draw to tally 7.5 out of possible 8 rounds.

It was a tough fight for the championship for the young Margao-based lad, as the tournament showed participation of strong players like Ritviz Parab and Anirudh Bhat. Also,  Ameya had taken a short break from chess for his academics, after his splendid hatrick in 2017, subsequent  to winning the  Common Wealth Under 18(open) Silver medal, he won the Championship at the All India Open Fide Tournaments in Bangalore and Kerala, and an International  championship in Hungary, which fetched him his IM norm and FM title.

Ameya was awarded the Championship Trophy and the Rolling Trophy sponsored by Nilesh Cabral, President of Goa Chess Association.  His performance was appreciated office bearers of the STCA, and the GCA.