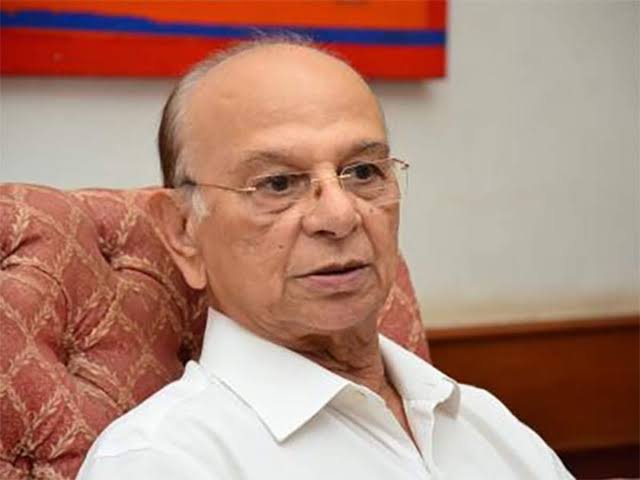 The proposal to grant Lifetime Cabinet status to former Goa  Chief Minister Pratapsingh Rane was all approved and notified within a mere 24 hours.

This has been revealed in the information obtained by Adv. Aires Rodrigues under the Right to Information Act from the General Administration Department at the Goa Secretariat.

As per the file notings the Pramod Sawant led Cabinet on the afternoon of 6th January this year decided to grant lifetime cabinet status to Pratapsingh Rane. The proposal was swiftly processed by various officials and the notification to that effect was quickly issued the very next afternoon on 7th January and published in the Official Gazette that very same day racing the Model Code of Conduct which came into force the very next day on 8th January.

Interestingly the file notings are silent on whether the required prior approval of the Finance Department was taken in view of the fact that the granting of lifetime Cabinet status to the former Chief Minister would have a financial implication on the State Exchequer.

Adv. Aires Rodrigues on 2nd March served a legal notice on the Chief Secretary of Goa demanding that the notification be withdrawn as the bestowing of lifetime cabinet status to Pratapsingh Rane was absolutely illegal, patently unconstitutional being without jurisdiction and a very blatant disgusting abuse of Power.

Stating that this unprecedented lifetime cabinet status was an unwarranted heavy financial burden on the State exchequer, Adv. Rodrigues in his notice submitted that by virtue of cabinet status Pratapsingh Rane was now entitled to over a dozen staff besides an official car, office and all other benefits on par with a Cabinet Minister.

Adv. Rodrigues in his notice further alleged that bestowing this lifetime cabinet status was a fraud on the Constitution of India as it violates the spirit and intent of the 91st Amendment to the Constitution meant to restrict the size of the Cabinet.

Adv. Rodrigues also stated that it was a known fact that this lifetime cabinet status had been accorded hurriedly and without proper application of mind by the Pramod Sawant government with vested political motives in rank contravention of law and to the detriment of the State exchequer.

Stating that this personal handout at the expense of the taxpayer was not based on any laid down criteria under the Constitution of India but instead was a golden handshake for favours received or in anticipation thereof by the ruling BJP party, Adv. Rodrigues in his notice also stated that it was very appalling that despite the State coffers being empty, the government had acted so very high-handedly in bestowing lifetime cabinet status to Pratapsingh Rane in total breach of law.