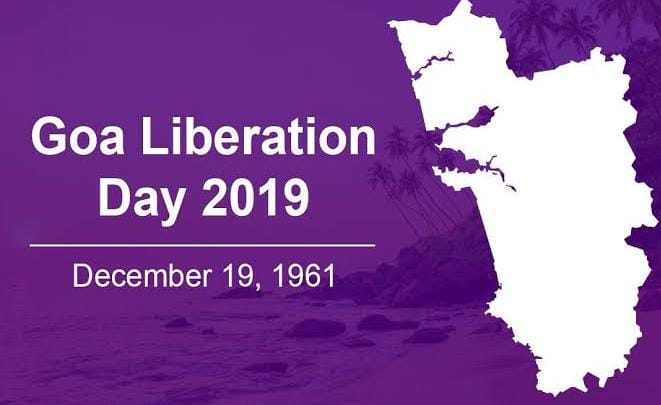 Panaji: Today, 60 years after Goa’s “liberation”, as the State swiftly slides into a swamp of mismanagement on every front, that has left it tottering under a debt burden of Rs.25,000 crores, largely accumulated for past celebrations, alleged corruption and acute fiscal profligacy, the CM now seeks to further undermine the respect of Goans and turn them into beggars by appealing for dole of Rs.100 crores from the Centre, Goencho Avaaz stated on Wednesday.
“This is a  harsh and cruel joke on the people of Goa, who are protesting in all corners of the land and struggling for their very survival on all fronts,” it stated.
Questioning this move if the government, Goencho Avaaz convenors asked, “What exactly is Dr. Pramod Sawant celebrating? Surely he is aware that the grandiose of the so called “development” plans of the Central Government that are being pushed through unilaterally, are taking over and destroying our land, our waterways, our forests, our protected areas our health and our heritage.”
Critising the government over the three mega projects, it stated, “It is imperative that the CM explain and justify to the people of Goa, the grounds on which he is claiming that there will be power shortage from next year, necessitating the destruction of 12,000 trees! Or is it long term planning for future requirement which will grow at the rate of 5% per year as stated by Nilesh Cabral? Even in these circumstances, however, it will take us many years to exhaust the present power we are receiving.”
“By now, through analysis of RTI documents, the people of Goa have understood that the transmission line is meant to cater to the requirements of the railway, in its endeavour to facilitate coal transportation,” it added.
Now that Nilesh Cabral has presented us with his White Paper, it is in the fitness of things that the people of Goa come out with another White Paper on the LIES CHURNED OUT by the government on a daily basis.
Goencho Avaaz appeals to CM Pramod Sawant not to insult the intelligence of his fellow Goans, but to fulfill his mission as Chief Minister of Goa by protecting the interests, culture, heritage and identity of his land and his people, it further stated.