RG promises to pass POGO bill in the assembly, give Goans their rights 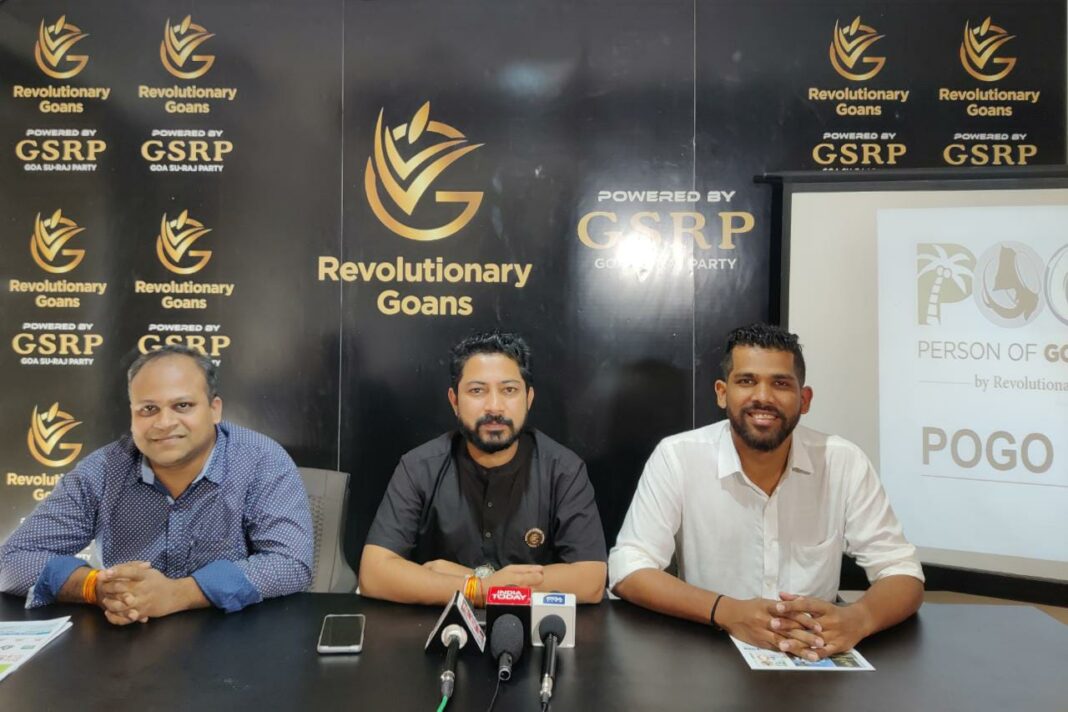 Panaji: Revolutionary Goans on Tuesday released few of its promises for the 2022 upcoming election, and promised to pass the POGO (Person of Goan Origin) Bill and give Goan theirs rights by focussing on jobs, government schemes, land, business and housing board projects.
Revolutionary Goans leader Manoj Parab highlighted that RG, powered by GSRP party was the only party who defines a Goan and were committed to give Goans their rights. All political parties are only talking of inclusive development but nothing is being done on ground for the common man.
“We are ready to prove that this bill is constitutional. RG is not here to promote or create an illegal migrant vote bank. All political parties are talking about Goan and Goenkarponn but nobody has defined who is a Goan as yet and that needs to be done because of which the POGO bill is important. The migrant issue is really getting serious and today in each and every constituency there is a minimum of five thousand migrant voters. The legislators also are not bothered about Goans as the migrant voters form a major part of their vote bank,” said Manoj while addressing the media at their office on Tuesday.
“Goans have become aware of what is happening and will not remain quiet anymore as their identity is at stake. Our election promises and whatever is going to be in our manifesto will be truthful. From our door to door campaigns we have got to know their issues of the people. It will not be an exercise of preparing a manifesto in closed rooms like other political parties,” he added.
As per the electoral roll before the last elections in 2017, the total voter’s population stand was approximately around 11 lakhs out of which four lakhs were migrant voters. The migrant voter’s population comprised nearly 36 percent, which could definitely play a vital role during the elections.
“Goans tell us that we need to bank on migrant votes as well to win. We are confident of winning solely with the votes of our Goans,” said Manoj.
According to RG, Persons of Goan Origin, defined as those whose ancestors were living in Goa prior to 1961, should have hundred percent reservation in government jobs and 80 per cent reservation in the private sector. RG had submitted this draft bill to several MLAs, asking them to table it, but no legislator took it up and hence they have decided to pass this bill in the 2022 assembly.
BOX: FOUR ELECTIONS COMMITMENTS MADE BY RG, POWERED BY GSRP PARTY
1. 100 % government and semi government jobs to POGO
2. 80 % private jobs to POGO
3. 100 % communidade land to POGO
4 100 % housing projects to POGO
Regards,
Sunayana Gawde
Media Officer
Revolutionary Goans