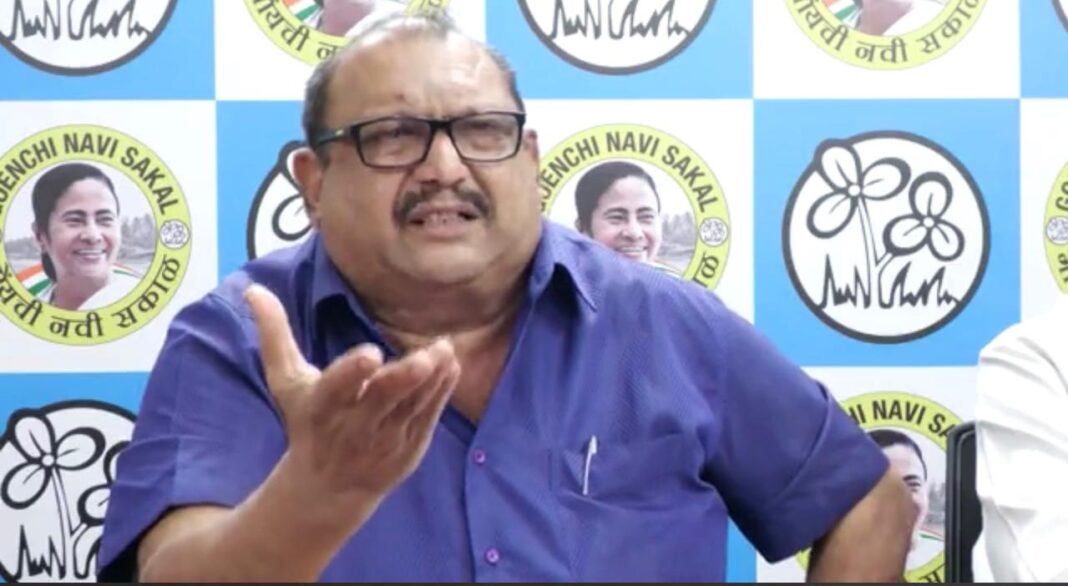 Panaji: Trinamool Congress Party on Tuesday accused Bharatiya Janata Party (BJP) and Congress of spreading a fake video, which shows huge number of passengers from Bengal arriving in Goa on a train to vote for upcoming Goa elections.

Addressing a press conference, TMC leader Trajano D’Mello said that if the video is true, nothing stops BJP and its State government from taking action against these so-called persons, who have arrived here to vote.

A video showing youth purportedly from West Bengal arriving at a Railway Station claiming that they have been called by IPAC to vote for upcoming Goa polls.

D’Mello said that the video was fake and immediately after the video was released, TMC’s Rajya Sabha MP Luizinho Faleiro had tweeted condemning it.

“The beauty of entire episode is that BJP’s staunch workers and people holding high position in the party are forwarding it,” he said adding “to add to it, their purchasing partner (congress) who is also supposed to be the main opposition is also forwarding it (on social media).
D’Mello said that such a fake videos are emerging because “BJP has started shivering after TMC announced its alliance with MGP for upcoming Goa elections.”

“The only alternative that is emerging right now is TMC-MGP alliance, which is the most credible option before the voters in Goa,” he said.

D’Mello said that by stating that so many people have arrived by train to vote for next election, you are discrediting the Election Commission.

“BJP has their government in Goa. If someone has really come down to commit a fraud, why don’t you arrest them,” he said.

D’Mello alleged that BJP’s IT cell is well known throughout India for manipulating and spreading fake news and creating discord amongst the citizens.

“If they think, they will succeed in Goa, they are sadly mistaken. Goans will not fall for this bait,” he said.

Meanwhile, State chief minister Pramod Sawant addressing a public meeting at Ponda on Tuesday had referred to the video claiming that 500 people from West Bengal were arriving in Goa on daily basis. He had said that these people were brought by paying Rs 500 per month to convince the people to vote for a particular party.

Previous articleDon’t go to Kolkata even by mistake: CM Pramod Sawant
Next articleRG promises to pass POGO bill in the assembly, give Goans their rights