Respond to opposition, get ready for next elections: Sadanand Tanavade 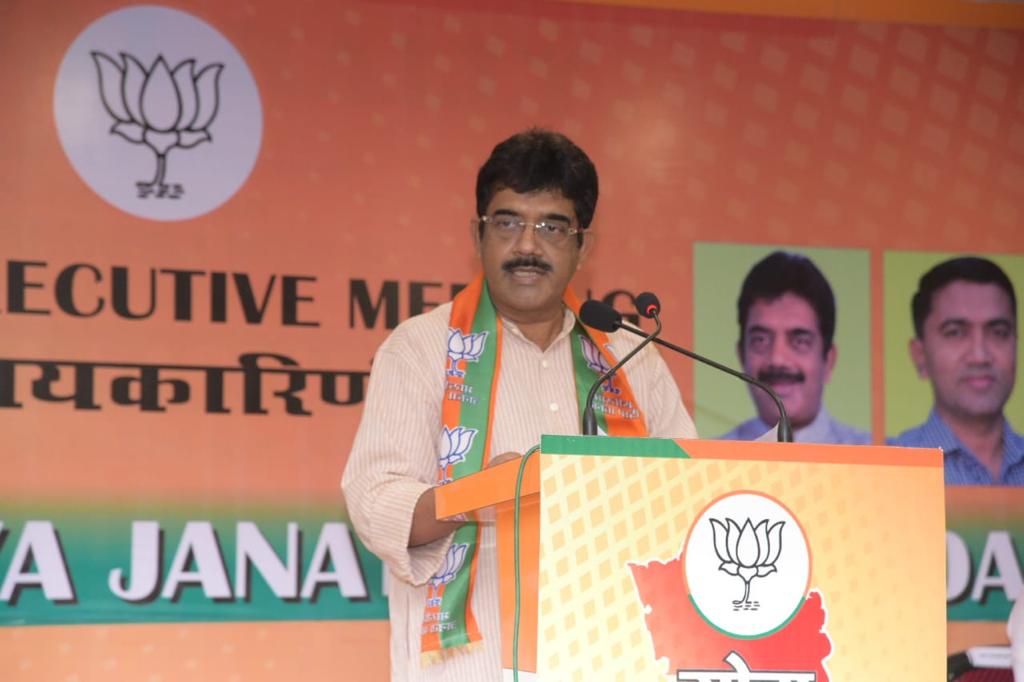 Panaji: Bharatiya Janata Party (BJP) in Goa on Saturday appealed its cadres to pull up the sleeves and start working to win majority seats for 2022 State Legislative Assembly election.

BJP Goa President Sadanand Tanavade told the State Executive Committee members to enthuse the cadres to strengthen the organization at booth level. He said that the workers were in touch with the people through online medium during the pandemic situation, but now should slowly come out and establish physical contacts.

Tanavade also appealed the cadres to respond to the futile criticism launched by opposition parties on State government in the wake of COVID-19 pandemic situation.

Majority of the state executive members joined the meeting through virtual mode. The inaugural of the meeting was held at party’s office at Mapusa. This was the first State Executive Committee meeting held after Tanavade took over as the President of state unit.

“We should aim to win over majority seats in 2022 Goa Legislative Assembly election by working across all the constituencies. We have booth level committees in all the 40 Assembly constituencies,” he said.

The BJP leader said that the cadres should support the work done by State government to fight back COVID-19.

“BJP leaders and the cadres are always on the field during pandemic time. In all 68 of our workers have tested positive. Our CM also got infected with COVID-19 because he was fighting back the situation from the front,” Tanavade said.

He said that the cadres should respond to the false allegations leveled by the opposition parties and encourage the government to work better to tackle COVID-19 virus.