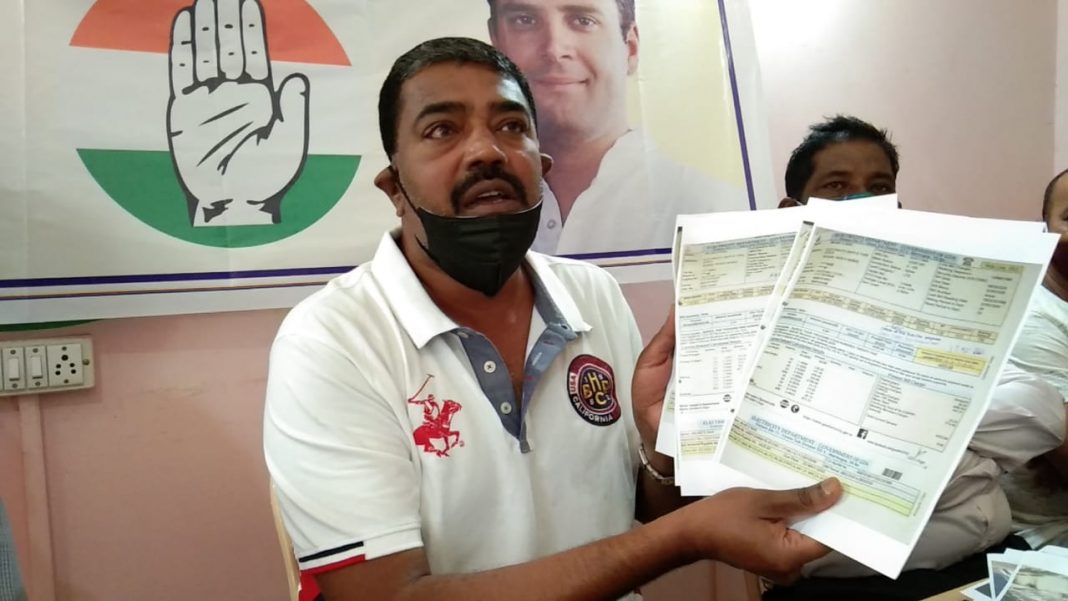 Panaji: Demanding the arrest of Minister Milind Naik Goa Pradesh Congress Committee (GPCC) Vice President Sankalp Amonkar on Saturday hit out at electricity department and it’s engineer for clarifying and offering justification for the cost of Power Bill which went viral on social media while the Minister remained silent on the issue.
“Milind Naik be arrested or sacked from his ministry and a thorough enquiry be conducted into how the public amenities bill like power and water are being sent in the personal name of Milind Naik to his official government bungalow though the bungalow was not his personal asset,” Amonkar said.
Seeking an enquiry into this matter Amonkar said that a power bill of Rs 172 for 50 days for his personal bungalow went viral. “An enquiry has to be conducted how the minister received a bill of Rs 172, when his entire family had been staying in the newly built bungalow. There had been photographs showing that the bungalow was fully lit during Ganesh Chaturthi though the electrical engineer had claimed that there was no power load issued and the bungalow had not been occupied,” Amonkar added.
Amonkar said that power bills and water bills were as good as ownership document which could be misused at any time.
Tomorrow the minister could even claim that the government bunglow was his by providing the water and power bills issued in his name, he alleged.
“While the Government was paying the bills of his official bungalow, why were the bills being sent in his personal name,” he questioned.

Previous articleRespond to opposition, get ready for next elections: Sadanand Tanavade
Next articleAbide by Covid protocol, says Health Min as ITIs commence