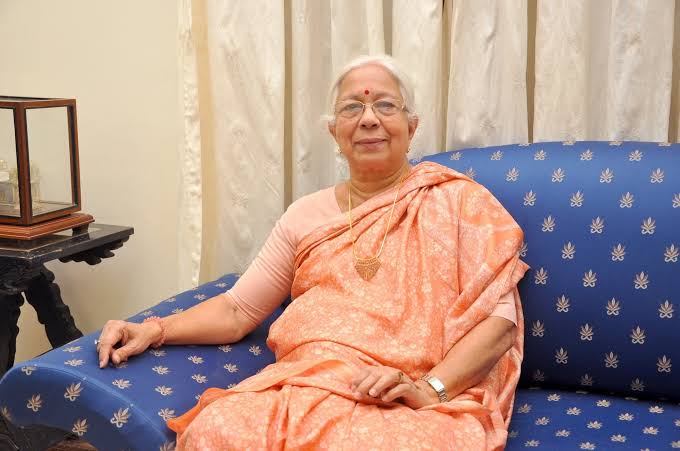 As a friend of the family, Shashikala’s three sons Yatin, Sameer and Abhay we played together as children. Shashikala’s three boys were brought up as normal kids never ever pampered or allowed to play truant unlike most children of today’s strange tribe of politicians.

During the same student agitation, on 7th Jan 1979 Shashikala Kakodkar was being felicitated at Azad Maidan on her 44th birthday by a committee headed by the late Mr. V.M Salgaoncar. As she was not conceding to our demand for 50 % bus concession we decided to demonstrate and disrupt her felicitation function at Azad Maidan. We were successful and ended up with VM Salgaoncar’s Mercedes car badly smashed in that chaotic evening. It was just a coincidence that I later graduated in law from the very VM Salgaoncar’s College.

Shashikala Kakodkar was definitely never vindictive. Though I was a very close family friend of the Kakodkar family, Shashikala respected my right to oppose some of her government’s policies and decisions. And for this I respected and always held her in the highest esteem. She was more than a “Tai” to me. She was always very concerned about my well being.

A true tribute to Shashikala Kakodkar would be for Politicians and people in authority today, by virtue of their positions to be ready for both bouquets and brickbats. They should know that their lives and (mis)deeds are under the public scanner and are more than likely to be exposed at some stage. Freedom to fearlessly fight against social ills is the very hallmark of a true democracy, but unfortunately some of those who ride to power on a contrived electorate are unable to withstand such a scrutiny.

After being Chief Minister for 2084 days, Shashikala Kakodkar graciously conducted herself even after being out of power. She at all times kept herself abreast with issues concerning Goa. We should always remember the enormous contribution of this great lady towards the development of Goa and in particular the enlistment of the downtrodden Bahujan Samaj. My fond memories of Shashikala Kakodkar will never ever fade away.