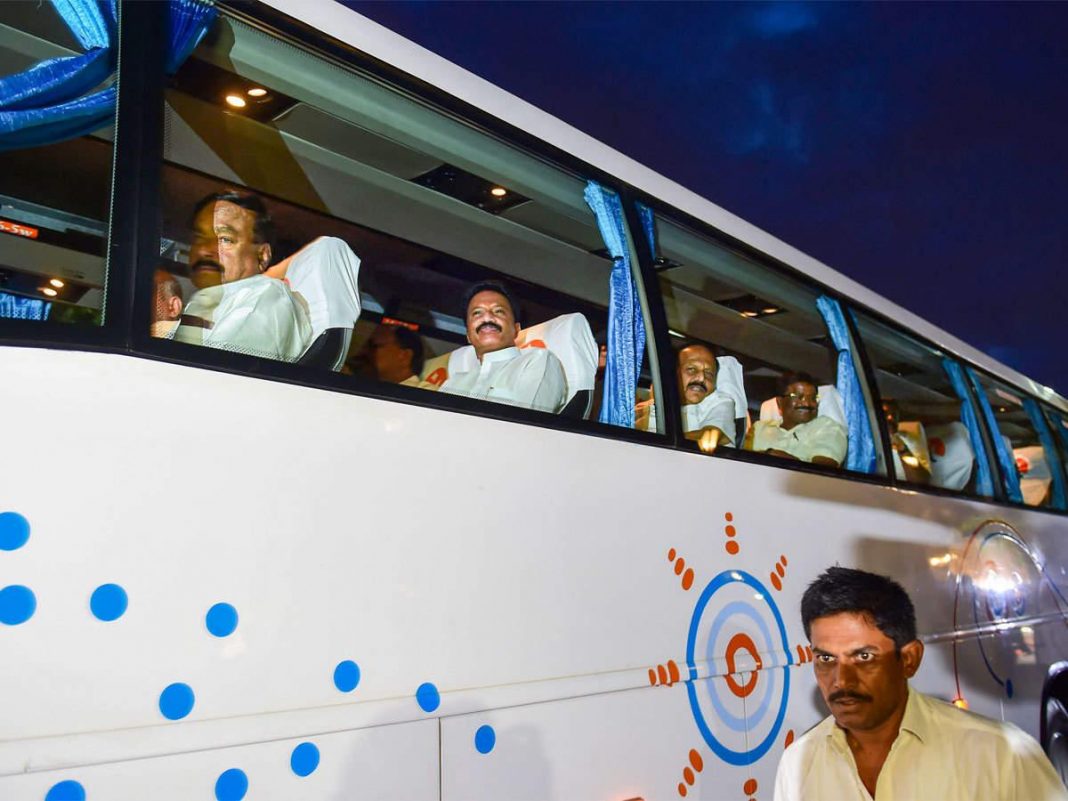 Panaji: A group of ruling MLAs from Karnataka, who had resigned triggering political crisis in its State, did not arrive in Goa, on  Monday night, even as sources did not rule out their possibility of arriving on Tuesday.

All the 14 Karnataka MLAs had reportedly left for Goa but had not arrived in the State till Tuesday morning.

Sources stated that they had left the resort in Mumbai from where they were expected to travel by road to Goa. But instead, they went to Pune from where they are likely to take a flight to the coastal state.

“They might come to Goa on Tuesday by a special flight. The arrangements are made for their stay in a five star hotel,” a senior BJP official from Goa said, refusing to get quoted.

The MLAs, including 10 of Congress, two of JD(S) and two Independents, had left for Goa on Monday.

Sources had stted that they were  being accompanied by MohitBhartiya, president of the Mumbai BJP Yuva Morcha,  had left Mumbai resort on Monday.