Rallying the opposition, Vijai flusters the government during the assembly 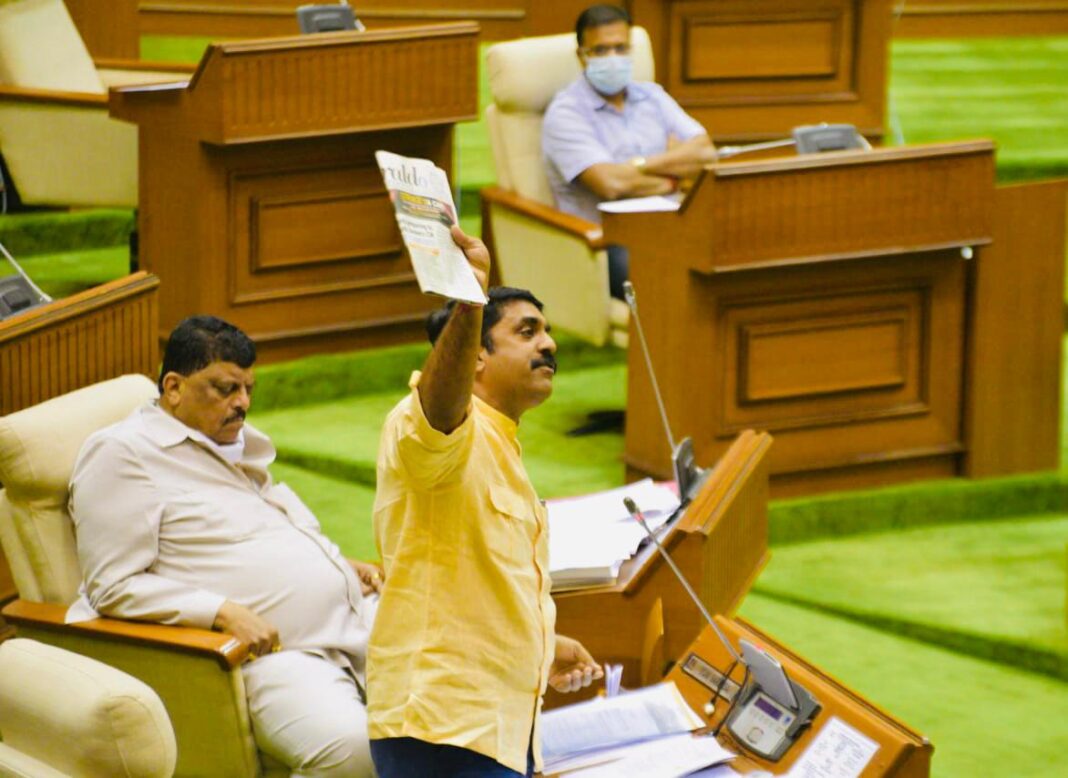 Goa Forward Party chief, Vijai Sardesai said “what the people of Goa saw in this ‘delayed’ session was a complete farce and disgrace of this government’s idea of democracy. Sardesai said on the first day we saw how the Governor address was a complete contradiction of the current state of affairs. From coal, to the three linear projects, to online exams, the mismanagement of COVID-19 in the state, and the sale of our river Mhadei – these three days of the assembly session has given us clear proof that this government is on a ‘fast track to sell Goa now.’

Speaking on the third day of the Assembly session, Sardesai lambasted against the government’s approach to COVID-19, its move towards double tracking and the three linear projects along with the ongoing issue of Mhadei river. The Fatorda MLA said that “the government appointed laywers have sold Mhadei river in front of the Supreme Court of India” and demanded that those lawyers be withdrawn from the case citing that “these lawyers are not even Goan, and they have sold River Mhadei, which the CM considers more than his mother.”

During the debates, Sardesai questioned Michael Lobo and the government on how Sonsoddo has become the centralized facility when there is insufficient land, and what has happened to the seven bio-remediation plants as promised. Sardesai said “this government is leading a case of insubordination, and has no sense of management, as the CM is chairman of the Goa Solid Waste Management Corporation and signs off the files, which then reach the Ministry of Urban Development who says these files do not belong here.” The GFP chief demanded that he wants a “clear cut answer and clarification from the Chief Minister on how the files are reaching in the wrong places, and why are there multiple agencies handling this matter, when it could have been easily solved.”

Speaking on the staff selection bill, Sardesai stated that the “staff selection commission works on a mechanism to assign government jobs based on merit, but this government has completely sought to destroy all mechanisms.” Further Sardesai also questioned asking “why the CM has avoided to make the announcement of the 10,000 government jobs in the assembly, but how will the government even fulfill its promise of assigning the jobs, in the current financial state that it is in after taking loans to clear off the interest of other previous loans.”