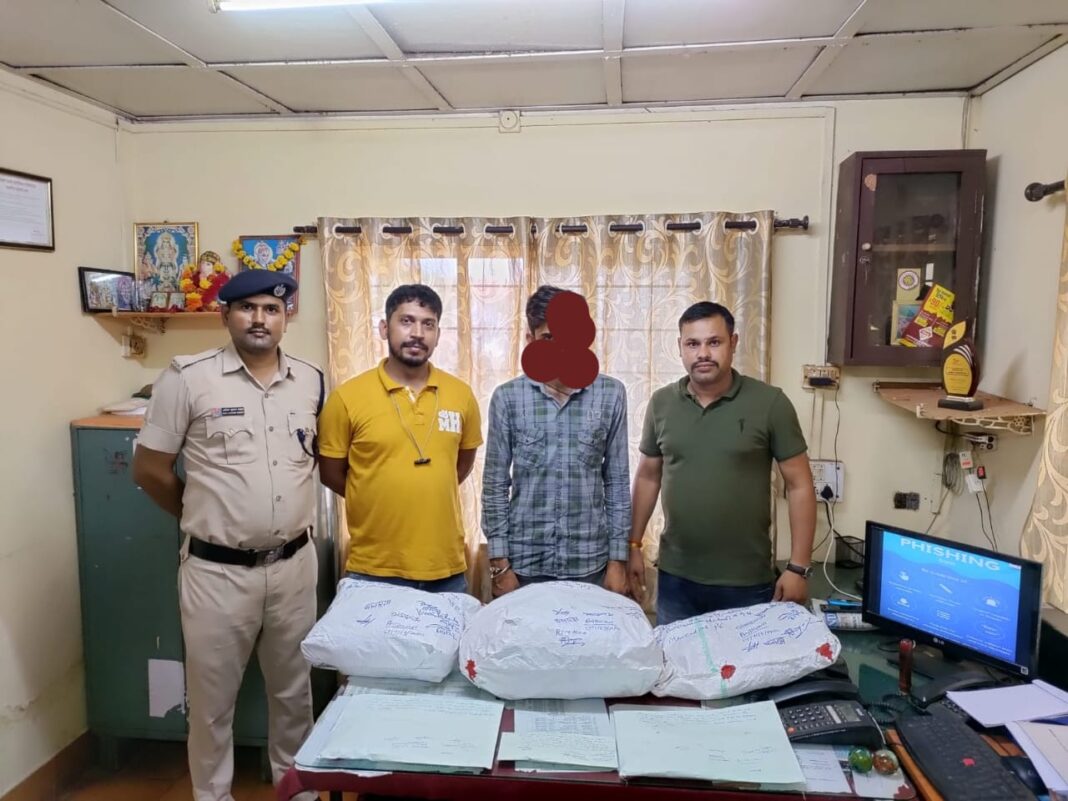 A senior Railway Protection Force, Margao official said that accused Thaneram Barmer was in possession of 4.3 kgs of ganja and two pistols with 18 live rounds at Margao Railway station.

The arrest was made by Railway Protection Force based on the specific inputs from Narcotics Control Bureau, Goa.

He was travelling in Goa Express , which originates in Delhi and culminates at Vasco. The accused has been produced before local court by NCB.

The case under Arms Act has also been registered against the accused by Konkan Railway Police, a wing of Goa Police.