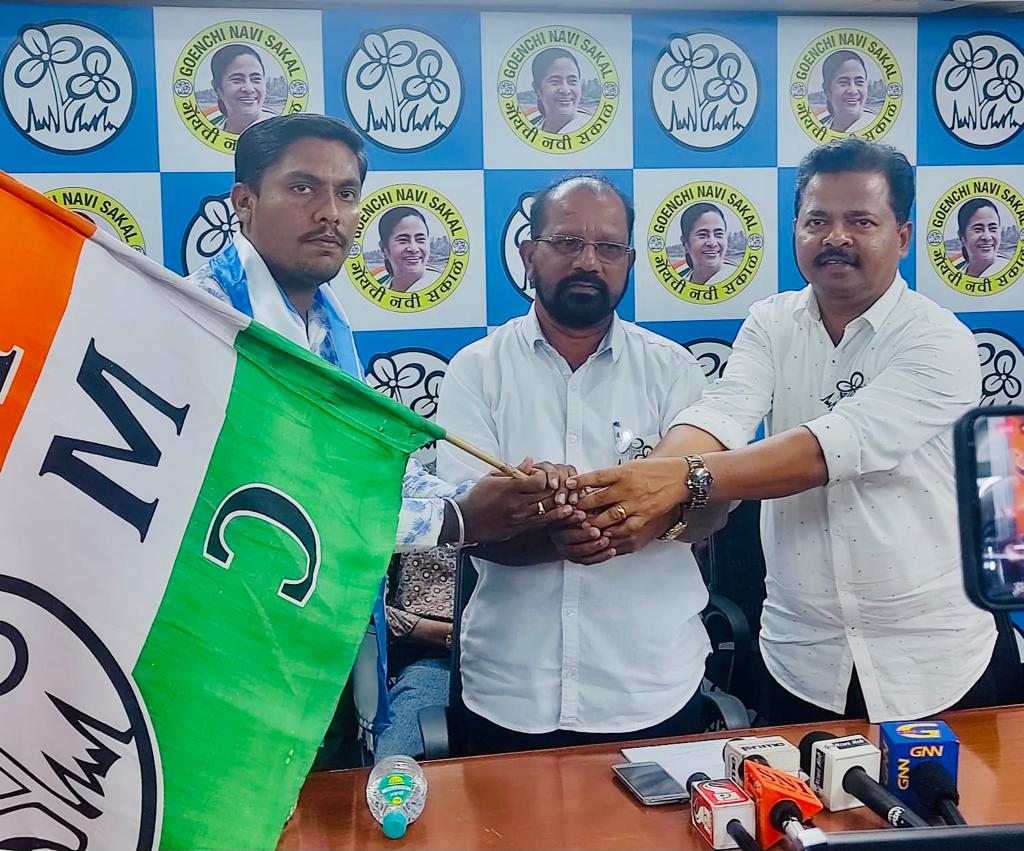 Sanvordem : Further strengthening its roots in the state, the Goa Trinamool Congress today welcomed yet another prominent and credible grassroots leader Shri Rahul Shetye into the party fold. He is a former Zila Parishad candidate from Sanvordem and is popular among the masses for the incredible welfare work he has done on ground zero. The induction took place in the presence of Goa TMC leaders Shri Samil Volvoikar and Shri Kanta Gaude.

Expressing his faith and gratitude towards Goa TMC, Shri Rahul Shetye stated, ‘I got inspired by Mamata Banerjee’s able leadership. Her governance record is commendable. I have full faith that Goa TMC will be an ideal prototype of good governance.’

Noting TMC’s far reaching efforts to onboard achievers from all walks of life, Shri Kanta Gaude said, ‘It is only because of the love and support of the people of Goa that the Trinamool Congress has set its footprint as far as South Goa. We are sure to give the people of Goa what they deserve – a credible alternative.’

Highlighting another milestone, Shri Kanta Gaude spoke about the overwhelming response that the ‘Griha Laxmi’ scheme has been receiving since its launch on December 11. ‘The Griha Laxmi Scheme is a game-changer. It has been lauded and widely accepted across the state. It will greatly help revive Goa’s economy’, he added.

With so many credible leaders joining the TMC family and a robust registration mechanism for ‘Griha Laxmi’ that has resulted in more than 75,000 registrations in just 5 days, Goa TMC is well on its way to usher in a ‘New Dawn’ in Goa.