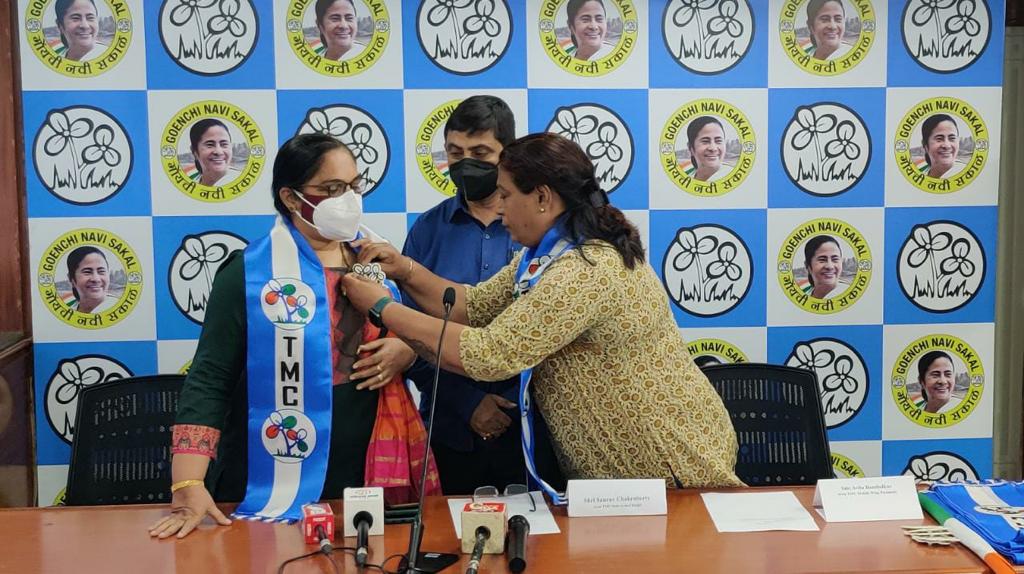 Following her induction into the party, Smt Panzy Coutinho said, ‘We need a stable Government in Goa. Congress is the sole reason why people’s mandate was disrespected and BJP was able to form the Government in 2017. We want to undo this wrong. We want to change the tradition of politicians only running after power and position. We want to transfer the power to the people.’

Elaborating on why she joined the party, Smt Coutinho said, ‘I decided to join Goa TMC after I saw their unprecedented outreach campaign on-ground. Goa TMC is providing the right platform to the voiceless and I want to join this movement.’

Welcoming Smt Panzy Cutinho, Smt Avita Bandodkar said, ‘I am delighted to welcome Panzy Coutinho into the party. She is a prominent and dynamic grassroots leader and has worked relentlessly for Goenkars. With her, Goa TMC will further strengthen its cadre in Cuncolim.’ Shri Sourav Chakraborty added, ‘Panzy Coutinho is a wonderful addition to the Trinamool family in Goa. We hope to work diligently with her in realising our dream to usher in a ‘New Dawn’ in Goa.’

Goa TMC wholeheartedly welcomes Smt Panzy Coutinho. With this move, Goa TMC moves ahead with its goal of giving women more representation in politics which will further fast-track development, peace and progress in the state of Goa.