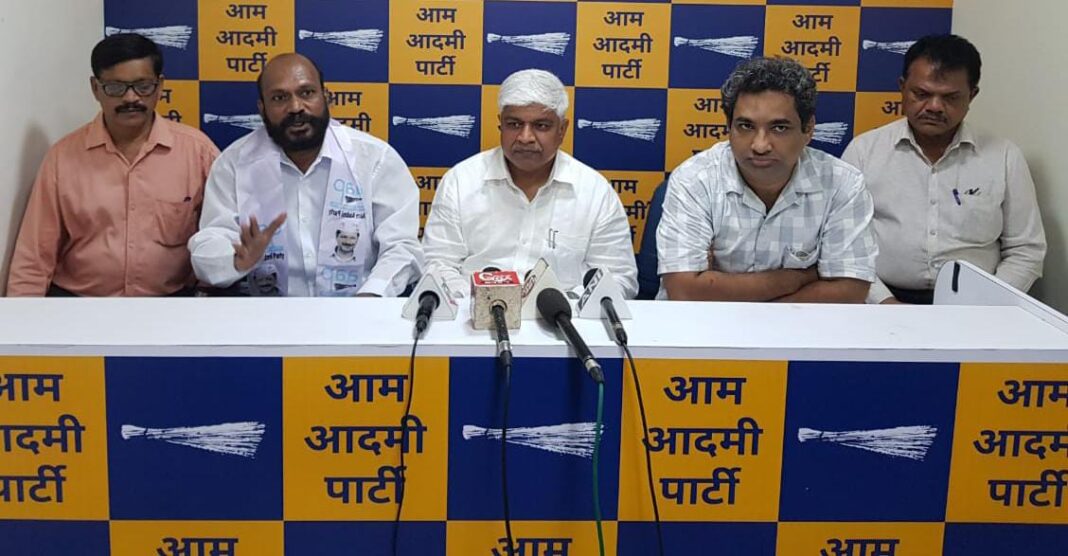 Important North Goa leader from Shirgao Mayem and Bhandari Samaj leader and activist Upendra Gaonkar joined the Aam Aadmi Party today. Gaonkar joined the party in the presence of Adv Rajendra Pal Gautam Social Welfare Minister in the Kejriwal Govt. Gaonkar a Civil Contractor by profession is a leader well known for his work in the Bahujan Samaji, he is the General Secretary of the Gomantak Bhandari Samaj since 2012, Secretary of the Gomantak Bahujan Mahasang (OBC,ST,SC). Gaonkar is also involved in many social and religious organisations. Hailing from Shirgao, Gaonkar joins AAP at a time when the party is expanding it’s footprint all over Goa and has set the tone for the upcoming elections with the BJP and other parties desperately playing catch up. 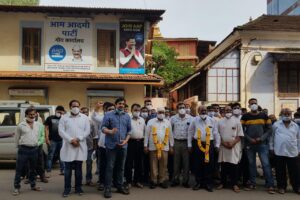 Stating that the BJP had failed Goa during the Pandemic Gaonkar pointed out at how many Goans are suffering due to the economic slowdown due to the pandemic. The Sawant Sarkar has not taken any steps to ease this pain as people have lost jobs and the economy is in doldrums. More serious is the fact that it has now become impossible for Goans to run their houses.

“AAP has done amazing work during Covid. The BJP Govt today is not just of BJP, but an alliance of BJP and Congress that has united to loot Goenkars. Today only AAP stands as an opposition to them in the entire country whether it is Punjab Uttarkhand or Goa” said Upendra Gaonkar. “AAP works very hard especially for those who need it the most like the Bhaujan Samaj. They have won the hearts of Goenkars” added Gaonkar

“Aam Aadmi Party being a party that has been grown from an andolan has now revolutionised the politics of India. Along with politics we have also revolutionised the lives of the common man. Free 24/7 Power, Free 24/7 Water, Healthcare and Education are everyone’s rights.” said AAP Social Welfare Minister Rajendra Pal Gautam. “AAP has achieved this by ending corruption and this is why Goans are eagerly joining AAP” added Gautam.

“The AAP Model has won the hearts of Goans across the state. Many Goans including important social workers like Upendra Gaonkar are joining the party daily. I am very happy today that Upendra Gaonkar has joined us after seeing the Kejriwal model” said AAP Goa Convenor Rahul Mhambre

Gaonkar’s joining comes at the time when AAP is rising as the only credible option for Goans in the state. AAP set the cat amongst the pigeons in Goa when AAP National Convenor and Delhi CM announced that upon coming to power Aam Aadmi Party will give up to 300 units of free electricity in the state while ensuring 24×7 constant power supply. 87% people of Goa will get zero bills due to this policy, a version of which is already active in Delhi.

The BJP Govt at first arrogant and defiant announced that they will never release any free services was forced to back track as the CM Pramod Sawant announced Free water for Goans from Sept 1. The Sawant Sarkars announcement has come under heavy firew as Goans pointed out that the BJP cannot even provide potable water to Goan homes let alone free water. This exposed the reality behind Sawant’s free water jumla and the lies behind his Har Ghar Jal propaganda.

Previous articleResume offline classes in colleges only after students are fully vaccinated : NSUI
Next article83 new infections, two died due to covid-19 in Goa on Thursday