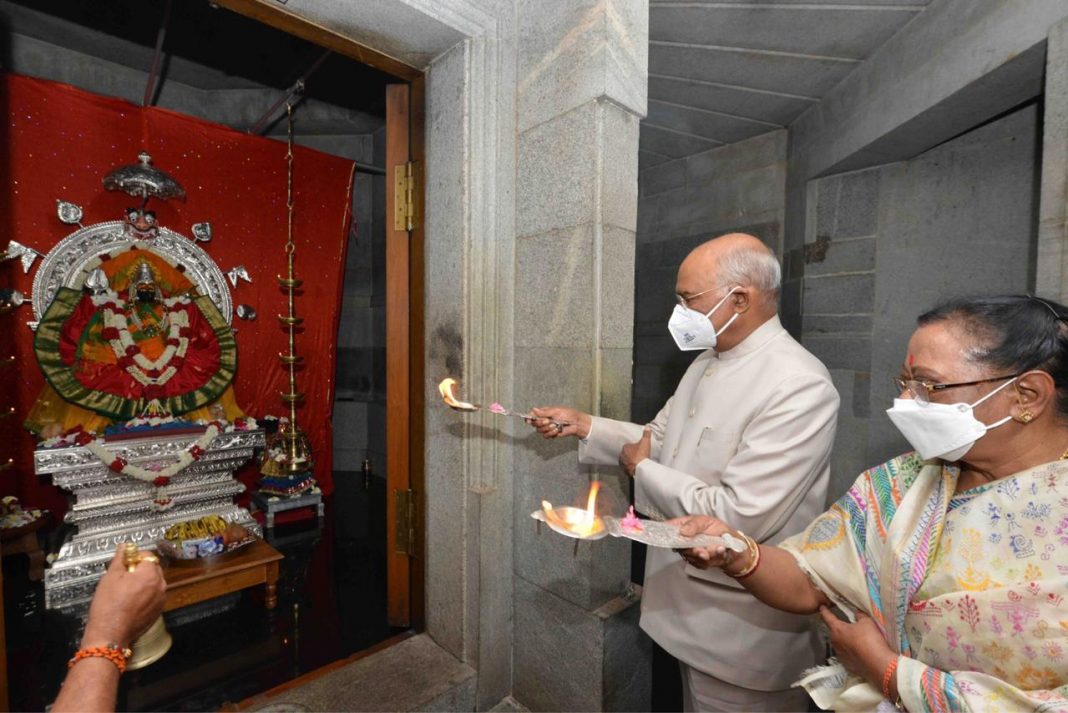 Kovind left Goa on Sunday evening after participating in two official functions on Saturday and his private visit to the temple on Sunday, Chief Minister’s office said.

Goa Governor B S Koshyari and Chief Minister Pramod Sawant were present to see off the President at Goa Airport.

The President had met Chief Minister at Raj Bhavan in presence of the Governor on Sunday morning.

The Rashtrapati Bhavan tweeted “It is not often that the venue of a wedding in a temple coincides with the itinerary of the President at the same time and day . But this is what happened when President Kovind visited the Mahalasa Temple, Goa today. He blessed the newly weds, making it all the more memorable.”

During his two day visit, Kovind laid wreath at martyrs’ memorial in Panaji city on Saturday evening after which he addressed Goa @ 60 event organised by State government.