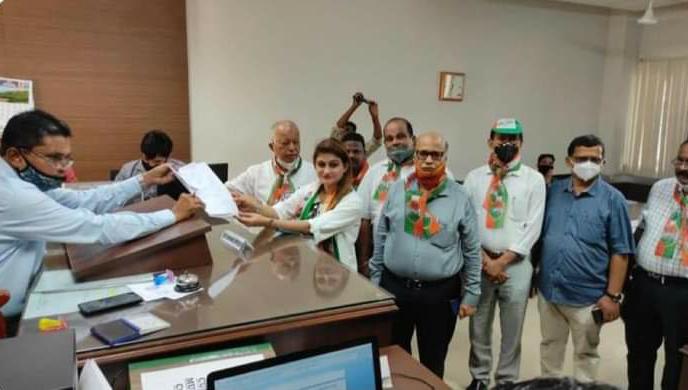 Earlier on Monday Goa Forward Party also extended their support to Coutinho. “The GFP will not be in the fray for the Navelim seat, but the party will support the Congress candidate. Navelim is represented by MLA Luizinho Faleiro and the GFP will extend support to the party fielded by the Congress,” Vijai Sardesai GFP Chief added.

Pratima Coutinho inferred that “this is not a time to run away from the battle, I have accepted Congress’s request to contest ZP by-polls”. She believes since Mahila Congress was in forefront to raise various issues like price hike of Gas Cylinder and onions people will vote for her. “My work speaks for itself,” she concluded.