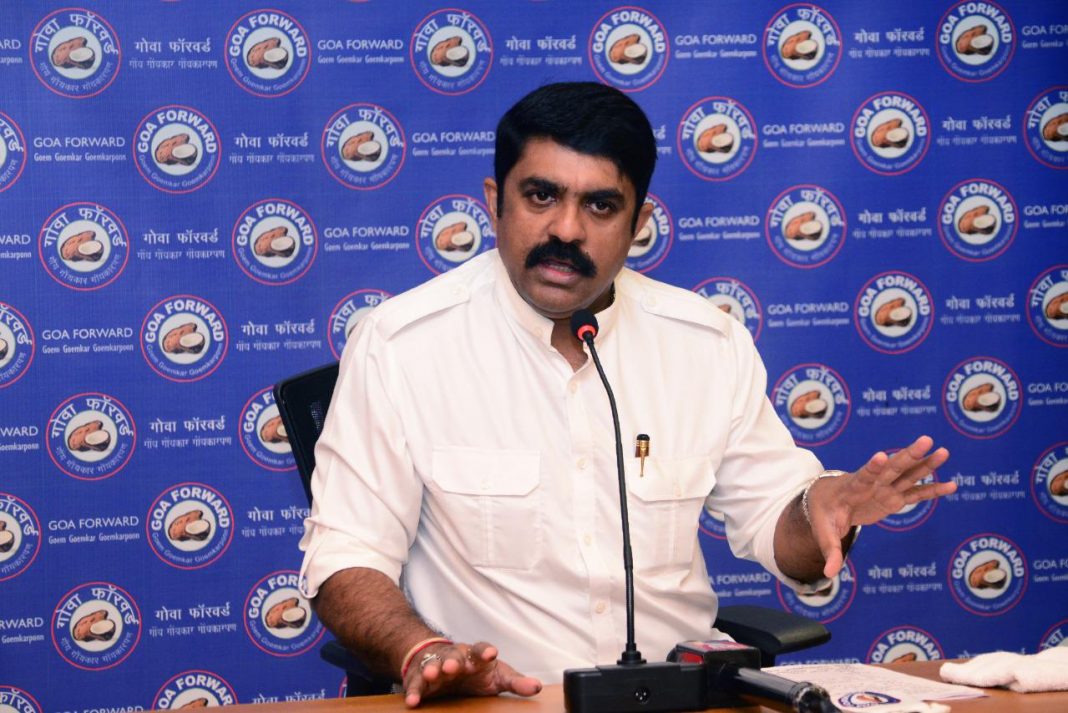 In a submission before the Supreme Court’s Central Empowered Committee (CEC), the Rail Vikas Nigam Limited (RVNL) admitted that the double-tracking of the railway line from Hospet –Vasco- Castlerock-Kulem will be used for transportation of coal for thermal and power projects.

Goa Forward Party President, Vijai Sardesai highlighted that the Chief Minister Pramod Sawant and his blatant lies have been clearly exposed in light of his previous comments regarding double tracking and coal handling in Goa.

Sardesai said out that “the GFP had been first to point out the government’s hidden agenda behind the Sagarmala project in Goa was to benefit the coal lobby of Adani and Jindal.” The GFP chief asserted that “now since the Rail Vikas Nigam Limited (RVNL) themselves have admitted before the Central Empowered Committee that double tracking will be used to transport coal for thermal and power projects in Karnataka and that the project is part of the national Sagarmala Project, going contrary to the CM’s public words.”

Vijai Sardesai further raised questions on Chief Minister Pramod Sawant earlier statement that the coal transportation through Goa will be reduced to half in due course. Sardesai said that “the Chief Minister is taking Goemkars for a royal ride over double tracking and coal.” He stated that the “entire belt through which the track will pass from Vasco to Kulem will be heavily polluted with local communities and residents would start to face health issues, as the state has already seen the rise of lung related disease in and around Vasco region.”

Following the Zilla Panchayat poll results, the Goa Forward Chief Sardesai said that “results in favour of BJP doesn’t mean that Chief Minister Pramod Sawant can just go ahead with the double tracking and coal transportation in the state.” Sardesai hitting hard on the Chief Minister called his actions and decisions Goa’s new “Coal-inization” putting Goa on a track towards a ‘future of surrender’ – ahead of the state’s 60th anniversary if its Liberation Day.

The Goa Forward President also brought to attention that the government led by former Chief Minister Manohar Parrikar was clearly opposed to the South Western Railway proposal of double tracking. Sardesai said that “Goa cannot be treated as a corridor, pointing out that Goa is small in its size by area, with the state just a quarter of a district of other larger states.”