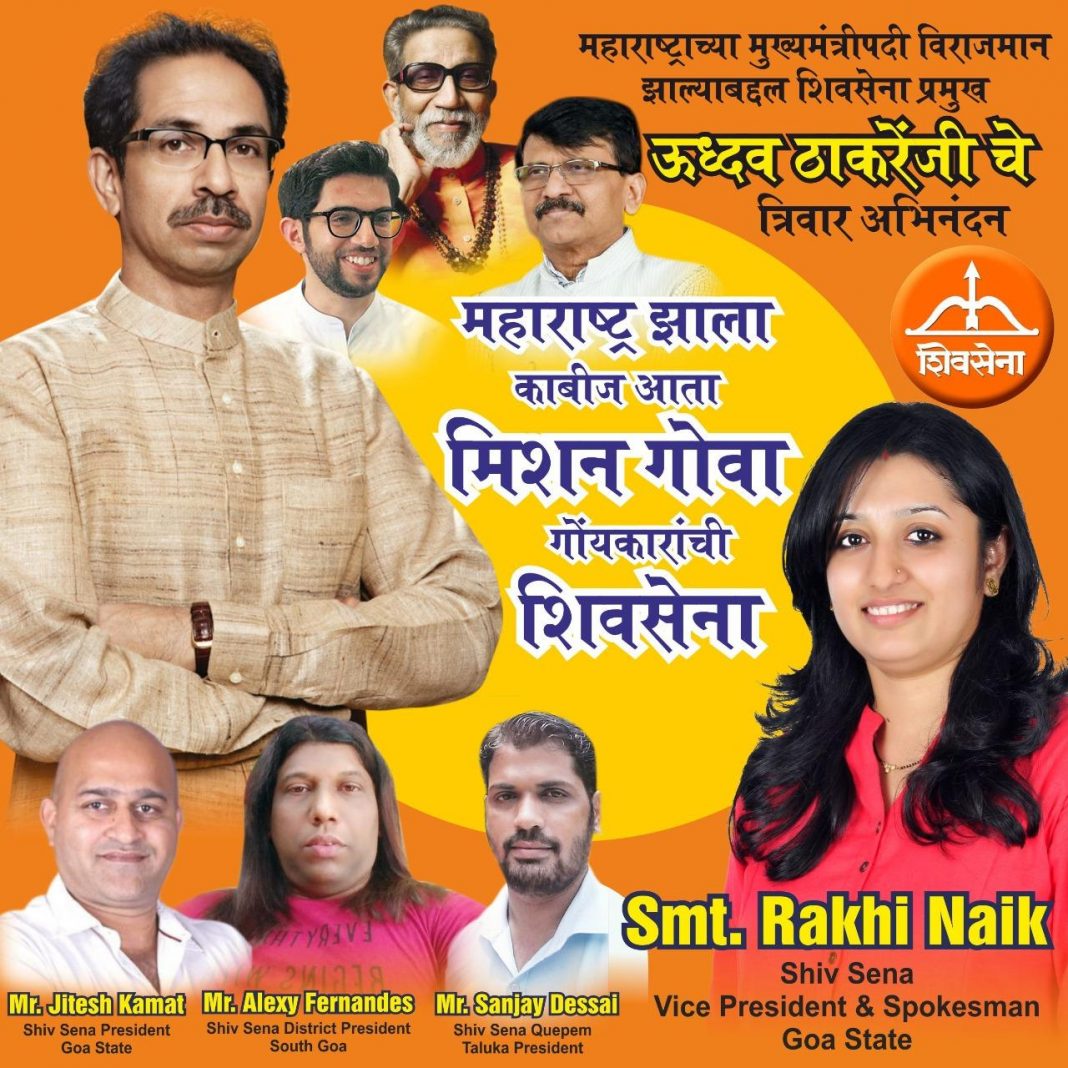 Panaji: With Shiv Sena straining its ties with BJP, the leaders owing its allegiance to Uddhav Thackrey led party has raised banners in some parts of the state announcing their intentions to ‘capture Goa.’

A prominent banner put up by Sena’s Vice President and Spokesman Rakhi Prabhudesai Naik at Sanguem has congratulated party president Uddhav Thackrey of being Chief Minister of Maharashtra.

The same banner also mentions that “after Maharashtra, it is time to capture Goa.”

The Sena cadres are celebrating Maharashtra development as they expect that it would revive the party in the State. Party leader Sanjay Raut’s announcement of forming a front in Goa along with anti-BJP forces have also been looked upon as an emergence of alternative politics in the State.

Previous articleGoa market sells Onions at highest price in the country, it’s 110 per kg
Next articleStriking lifeguards to intensify their agitation