Portfolios distributed to all the four newly inducted ministers 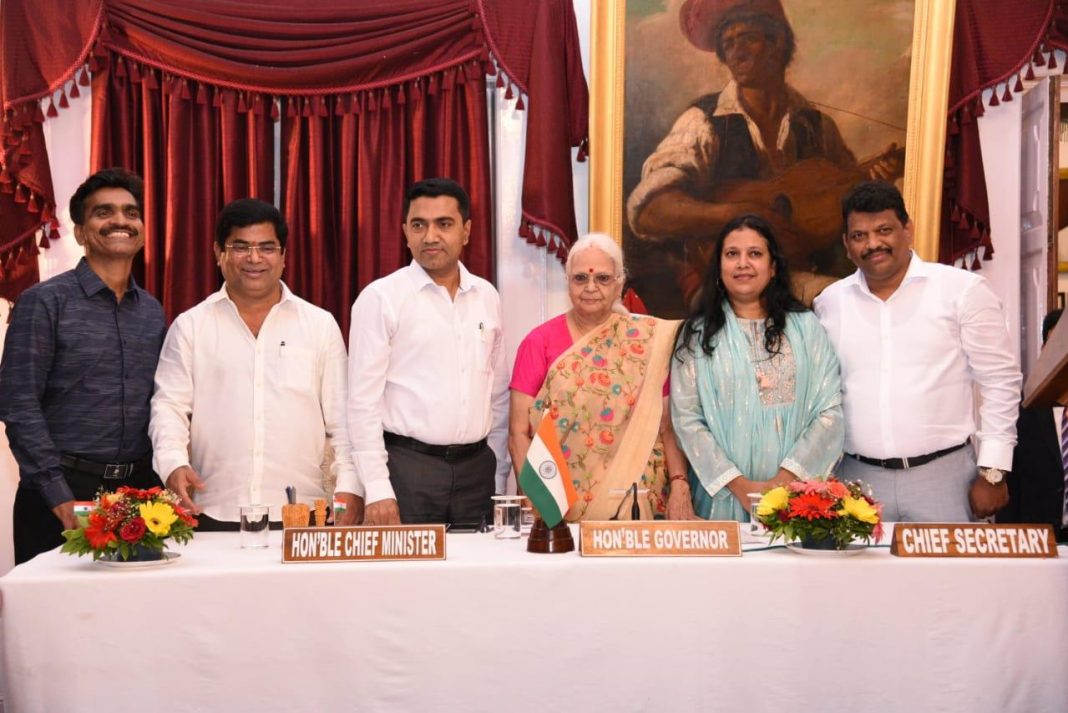 The notification about the new portfolios was issued after the first day of ongoing assembly session was over. All the four newly inducted MLAs who had switched their party affiliation from Congress to BJP along with six months on Wednesday were allotted the portfolios.

They were sworn in on Saturday by Governor Mridula Sinha in a function held at Raj Bhavan.

While Sawant continued with portfolios like Home, Finance, Mining and Education,  Kavlekar has been allotted the departments of Town and Country Planning, Agriculture, Archives and Archeology and Factories and Boilers.

Jeniffer Monserratte, only lady minister in the cabinet, was allotted the departments of Revenue, Information and Technology and Labour and Employment. Philip Neri Rodrigues has been given portfolios of Water Resources, Fisheries and Legal Metrology.

Fourth minister, Michael Lobo, who had resigned as Deputy Speaker after he was chosen to be inducted in the cabinet, has been allotted the portfolios of Waste Management, Science and Technology, Port and Rural Development.

The portfolio of law and judiciary which was allotted to Vishwajit Rane was given to Nilesh Cabral according to the notification.