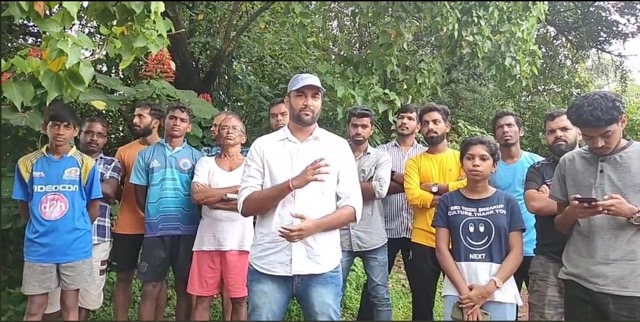 Panaji: Revolutionary Goans General Secretary, Shrikrishna Parab alleged that for the last 15 years the BJP MLA’s from Mayem constituency have failed to keep pace with development and the has been totally neglected.  The BJP’s sitting MLA from Mayem, Pravin Zantye and prior to him Anant Shet who served for two terms have miserably failed the people who elected them.
Basic adequate civic amenities such as electricity, water connection, government health centres, public schools and roads remain a distant dream for the people from this area.  It has been three consecutive terms a BJP MLA has been elected in Mayem constituency.
Shrikrishna Parab pointed out that Mayem constituency is the same as it was in 2007.
“The constituency has been behind by 15 years despite the BJP government being in power and the elected representative from here being BJP candidates. Issues like unemployment, development of panchayat areas, bad roads, inadequate water supply, healthcare, power supply, public transportation, education sector were never given a thought. The villagers of Chorao suffer the most due to inadequate water supply. In April-May the village faces scarcity of PWD water, and this issue has been prolonged and ignored by the MLA,” he pointed out.
Very poor health care services have been witnessed in Mayem constituency and the people from these villages are totally dependent on the Bicholim Community Health Centre.
“It is sad to see that health care is not a priority for most of our MLA’s, it is only listed in their manifestos. In Mayem there are no proper Primary Health Centres in the panchayat areas for emergency health care services. There is also a shortage of ambulance services in the villages due to which the people have to suffer.  The villagers of Chorao demanded for an ambulance on many occasions which was also allotted but sadly has now gone missing. The same is the case across other villagers as well,” highlighted Parab. 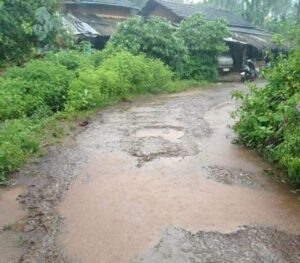 Revolutionary Goans opine that the most important issue is that mining dependents have been totally ignored. The people from the Mayem and Pilgao panchayat jurisdiction have suffered the most after the ban was imposed on mining leading to large scale unemployment.
“I feel it is important to arrive at workable solutions for the unemployment problem faced by the state rather than debating on who gets the mining leases. Locals have approached the MLA on several occasions regarding the problems faced by them after the ban on mining but their request seems to fall on deaf ears. Nothing at all has been done to safeguard the mining dependents and neither has the Mayem MLA come out in support of the people,” alleged Parab.
Despite unemployment being the major issue faced by the locals in this constituency and the presence of MNC’s barely any locals are being absorbed here. MNC’s like Nestle and two other major companies have been operating in the jurisdiction of Maulinguem and Kudchirem but locals are not being employed here.
Mostly the migrants and outsiders are given priority in these companies who are taken on contract basis. The locals have approached the Mayem MLA asking to intervene in this issue as well but his inefficiency has left the people hanging loose.