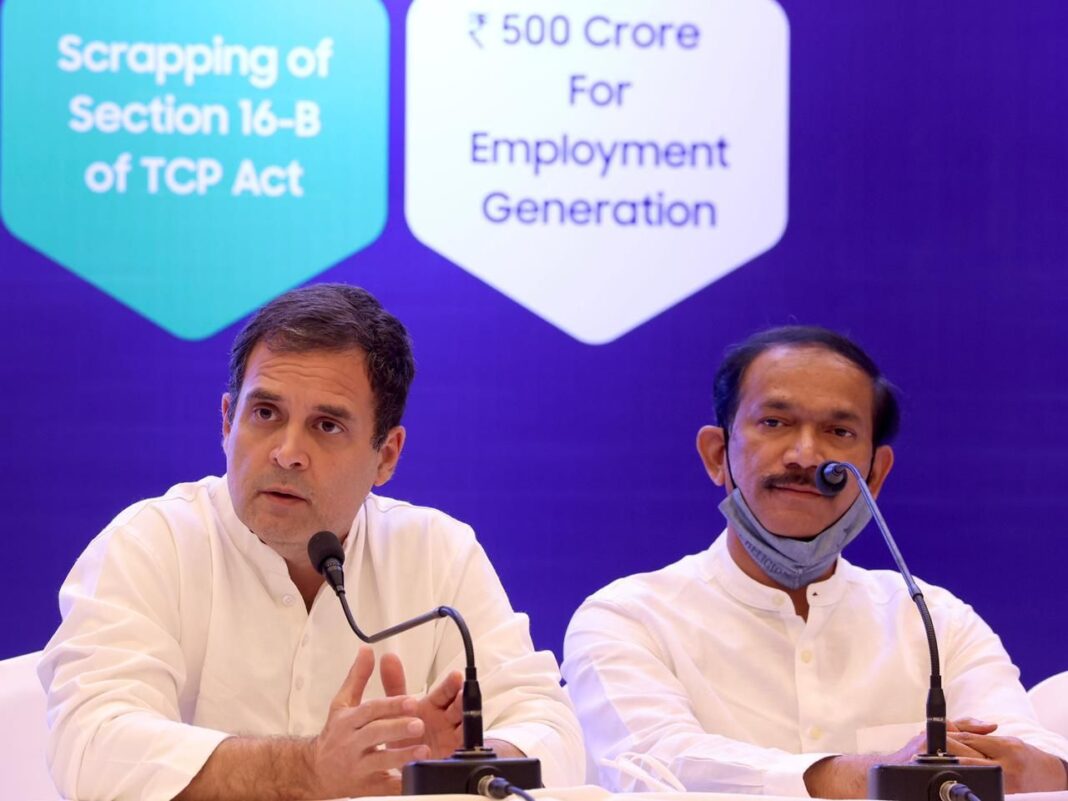 Criticising Modi over his statement that if Pandit Jawaharlal Nehru wanted, Goa could have been liberated “within hours” in 1947 when India attained independence, Gandhi said the prime minister does not understand the situation of those times and what was happening post-World War II.

Modi, while addressing an election rally at Mapusa near here on Thursday ahead of the February 14 assembly polls, had said it took 15 years for the Congress government to liberate Goa from the Portuguese rule.

Speaking in a press conference in Margao, Gandhi said, “PM does not understand the history of those times, he does not understand what was going on post-World War II. He is coming to Goa to distract people from the real issues like environment and employment.” Gandhi refused to comment on the raging controversy over ‘hijab’ and said he would not get into any kind of conversation that will distract the people of Goa. “My mission is to focus what is important for the people of Goa,” he said.

Gandhi, who is on a day long visit to the coastal state, said the Congress will win majority of seats in Goa and there won’t be any need for post-poll alliances.

“Congress will get majority and act immediately to ensure we have a government in Goa,” he said.