Upcoming election can change the present and future of Goa: Arvind Kejriwal 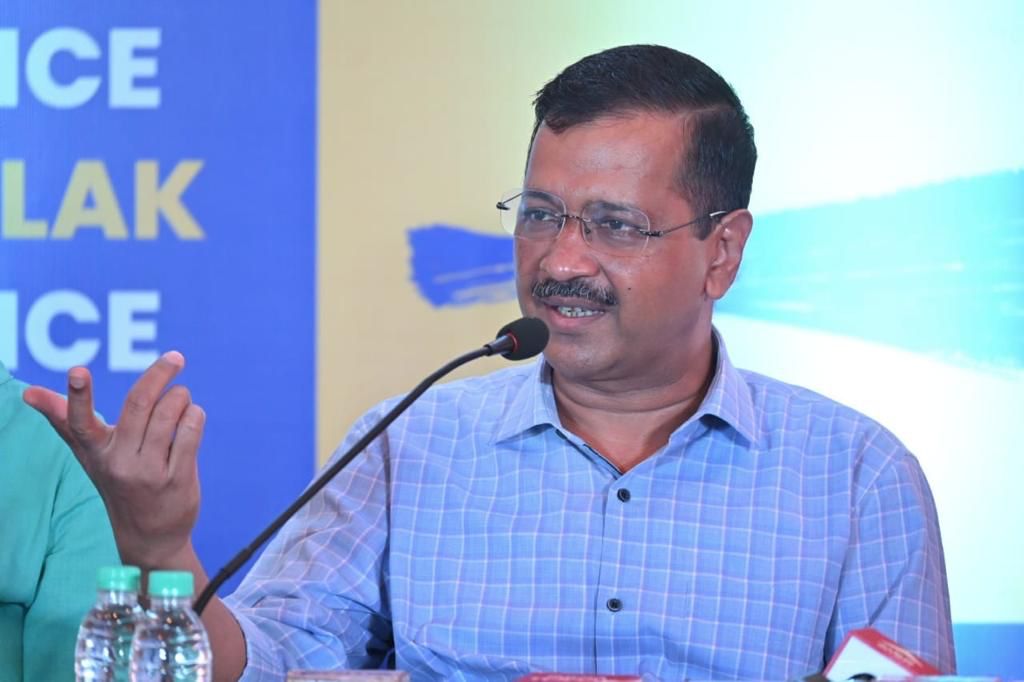 Panaji: Aam Aadmi Party National Convener Arvind Kejriwal on Friday said that upcoming Goa’s election can change the present and future of the coastal state and it is a chance for change.

Addressing a press conference in Panaji, Kejriwal said that only two days are left for the polls and this is not an ordinary election. “This is Goa’s chance for change. This election can change the present and future of Goa,” he said.

Kejriwal said the people of Goa gave the Congress 27 years and the BJP 15 years. “These parties did nothing for Goa as a whole. On the contrary, these two parties worked together to plunder Goa,” he said.

Kejriwal said that these parties have not done anything for the people.

“Today, Goa’s roads are in disrepair, the state has a water shortage, an electricity outage, children are unemployed, and health and education services have collapsed,” he said.

The Delhi chief minister said that nothing is going to get better in Goa. “They intend to do nothing for the next five years. They are only coming to loot Goa,” he added.

Pointing out that government lacks intent of development, Kejriwal said that when Prime Minister came to Goa on Thursday, a brand-new helipad was built for him within 24 hours.

“We are not criticising him but we saw an irony. The irony of the matter is that right next to the site of the PM’s helipad, a bus stop was to be built. That bus stop hasn’t come up in 20 years,” he said.

Kejriwl said that AAP just wants to assure Goans that when a government has intent they can do anything and everything they want.