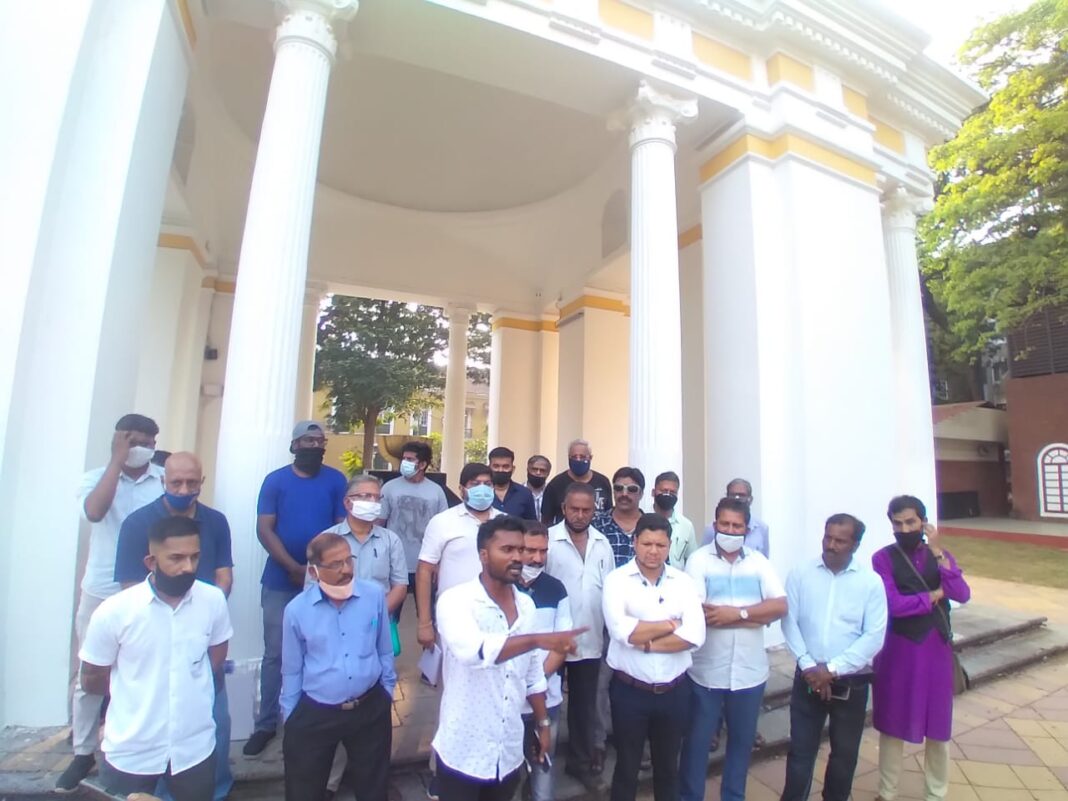 Panaji : Ravi Harmalkar, a leader of Progressive Front of Goa (PFG) was allegedly assaulted by Panch Devanand Shirodkar also known as ‘Dhaktu’ of Anjuna Village Panchayat when he went to collect documents under Right to Information act 2005.

PFG slammed the panch saying he is infamous for silencing those who ask too many questions to him. PFG has condemned the attack on Harmalkar and has asserted that activists do not have any security under this government.
Rama Kankonkar who was also present to support Harmalkar contended that when an activist tries to pierce the veil of government offices and reveal corruption the government uses the bureaucracy and machinery to cause him hardships. “In the last few years more than 23 vehicles have been burnt in Goa; this is a tactic  to create fear-psychosis,” concluded Kankonkar.
Ravi Harmalkar had asked for occupancy certificates of mega projects from the Panchayat, he feels that there is corruption by the authorities while issuing these certificates. PFG has filed a complaint to the Directorate of Panchayats asking them to take strict action  against Savio Almeida the Sarpanch of Anjuna Village Panchayat.
Share
Facebook
Twitter
WhatsApp
Linkedin
ReddIt
Email
Print
Telegram