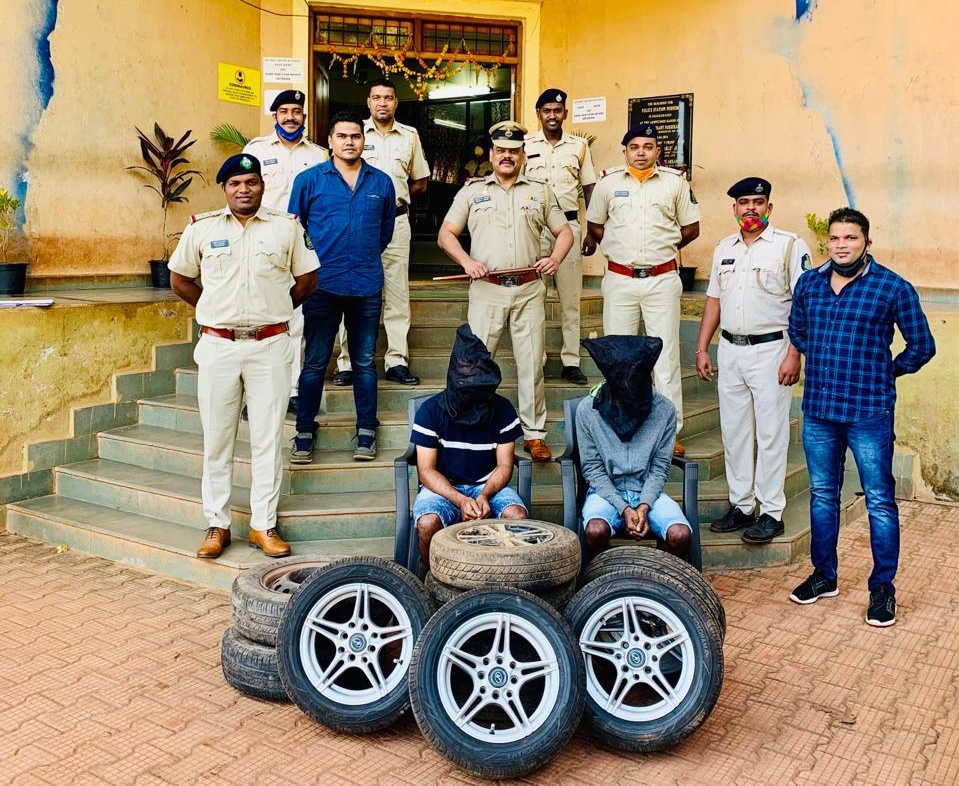 Panaji: Pernem Police on arrested three persons involved in theft of tyres and alloy wheels within 24 hours of registration of the FIR on Thursday.
The accused as named by police, Gajanan Ankush Kubal, 27 years old and Dnyandeep 22 years old residents of Mapusa and Tivim respectively, were traded at their respective addresses and placed under arrest.
As per PI Jivba Dalvi a complaint was received on Wednesday, November 11, from Rakesh Yadav resident of Agarwada, Pernem informing that a total of 10 tyres along with the alloys were stolen from his brothers garage at Agarwada. He stated that all the cars were brought for repairing in the garage.
Immediately staff of Pernem Police under the supervision of PI Jivba Dalvi examined the area for CCTV cameras and based on the footages obtained one car of make Hyundai i10 bearing reg no GA 03 R 0166 was found to be used in committing the crime.
All the stolen tires along with the alloys were recovered from the accused persons. The i10 vehicle used during the crime to load all the stolen tires and alloys has also been taken into custody.
PI Dalvi informed that accused are being thoroughly interrogated to verify whether they are involved in similar more crimes.
Police team consisting of PI Jivba Dalvi , PSI Harish Vaigankar, PSI Sanjeet khandolkar, PC Rupesh Korgaonkar, Sachin Gawas, Vinod Pednekar cracked this case.
Further investigation is in progress.
- Advertisement -