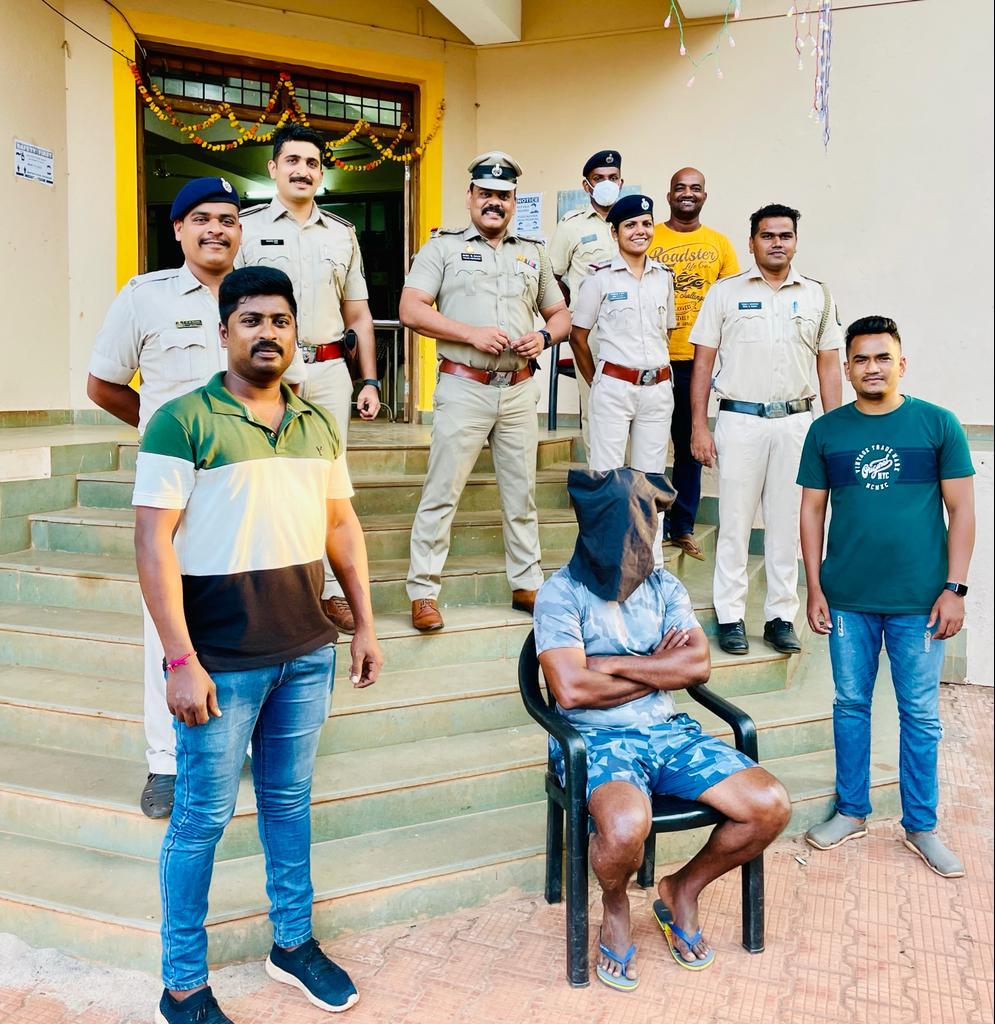 As per PI Jivba Dalvi he received information of drugs activity in Cock’s town resort situated at Khalchawada arambol pernem goa. Accordingly team consisting of PI Dalvi himself along with PSI Praful Giri, PC Dayesh Khandepar, PC Vinod Pednekar and PC Arjun kalangutkar initially carried out surveillance of the area for some days . And finally moved secretly and camped for a long time at the said place . After confirming the accused person along with drugs they raided the place where in narcotics drugs known as 1.5 kg Marijuana w/rs 150000/- in international market was seized. Accused was identified as Mr. Sivakumaran Vedachalam Sundaramurthy, age 43 yrs N/o of Mylapore Chennai.
Pernem police have registered an offence U/s 20(b)(ii) B of N.D.P.S. Act, 1985. Above mentioned accused was arrested and presently is in police custody. Interrogation accused of is going on.
Further investigation is in progress under supervision of Pi Jivba Dalvi , Sdpo shri Gajanand Prabhudessai and SP North Shri Shobit Saxena IPS

Previous articleAAP takes out Massive Rozgar Yatra in Nuvem!
Next article57 new infections, four died due to covid-19 in Goa on Monday