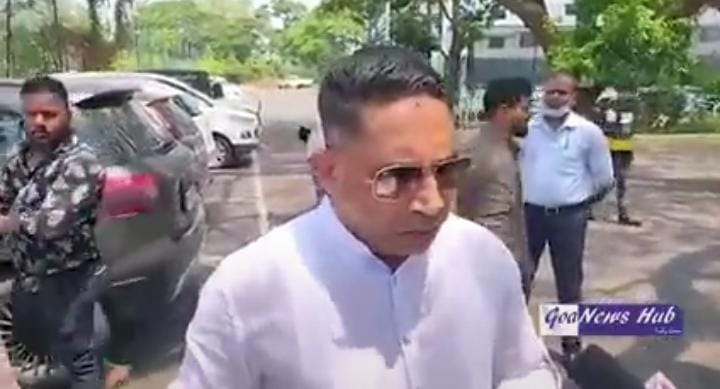 Panaji: Sports Minister Govind Gaude on Monday ordered resurveying of the boundaries between Bandodkar ground and Panaji Gymkhana. The management of Panaji Gymkhana has said that they have not got into anyone’s land as the boundaries are fixed as per the measurement by Land Survey department.

The controversy over alleged landgrabbing was being played in the media recently after which Gaude swung into action. Panaji Gymkhana’s Secretary Rajesh Khaunte said that it is wrong to publish that they have ‘encroached’ as both the properties belong to the state government.

He said that the land survey department has measured the property after which the boundaries are fixed. Khaunte said that Panaji Gymkhana is not into any kind of land grabbing.

On the other hand, he said, Panaji Gymkhana had given their land for a river side walkway, free of cost at the request of then chief minister Manohar Parrikar.

After the visit on Monday, Gaude said that he has asked the independent surveyors and survey department to conduct the survey of the land within 15 days. The minister said that he would be personally present during the survey.

Gaude said that all the doubts would be cleared after fresh survey is in place.