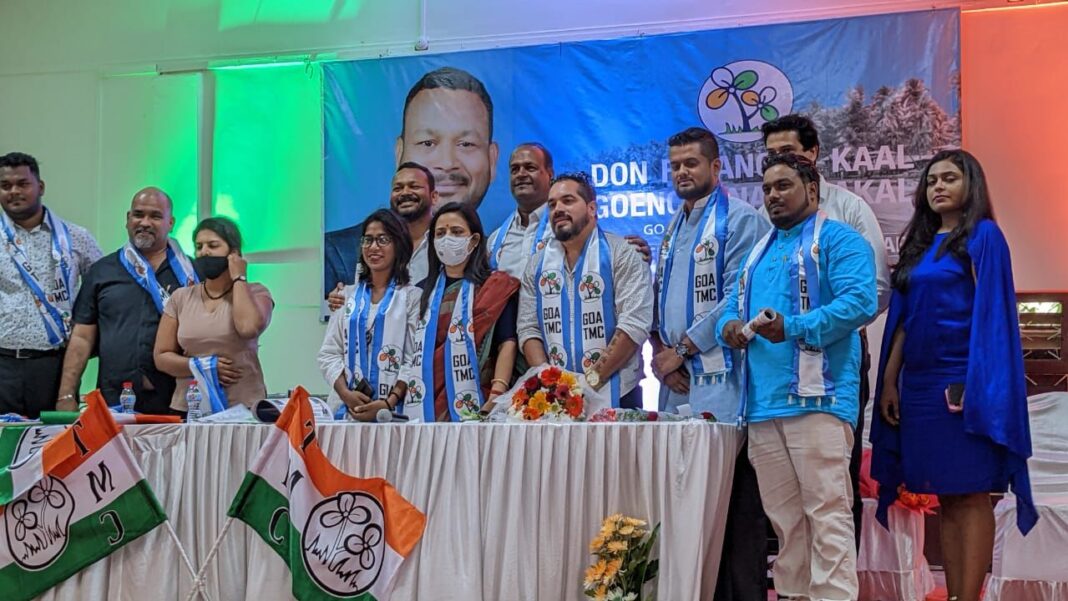 Addressing a full house, Smt Mahua Moitra said, ‘The Indian Armed Forces liberated Goa from the Portuguese 60 years ago. Today, time has come for the people of Goa to liberate themselves again from the misrule of the BJP. This needs to be done in full force and Goa TMC is here to back you’.

Goa TMC leader Shri Raju Cabral expressed his gratitude to the people of Nuvem and said, ‘We have gathered here to decide the future of Goa. Despite today being Goa’s liberation day, I don’t feel liberated. It is only under Mamata Didi’s leadership that we will be liberated from BJP’s misgovernance. So, come forward and join this movement.’

Elated on being part of the Goa TMC family, Shri Francisco Carlos Fernandes said, ‘I resigned from Congress because they are habitual betrayers. I have joined TMC because the party has the intent and conviction to do good for the Goans. Goa TMC has touched the right chord and inducted achievers from all walks of life. Goa TMC enjoys a strong connect at the grassroots level.’

Shri Hayden Fernandes added, ‘AITC led by Smt Mamata Banerjee is the only party which can defeat BJP. Didi has done it in style in West Bengal. This time we extend our support to Didi to help defeat the BJP here in Goa.’

Goa TMC wholeheartedly welcomes all the new leaders from Nuvem and pledges to put the interests and priorities of the people of Goa at the core of its governance. Goa TMC is steadfast in its commitment to the welfare of all Goenkars and together, with the love and support of the people, Goa TMC is confident of ushering in a new dawn for Goa.