Originality of Goans is at stake, we are not atma nirbhar or swayampurna 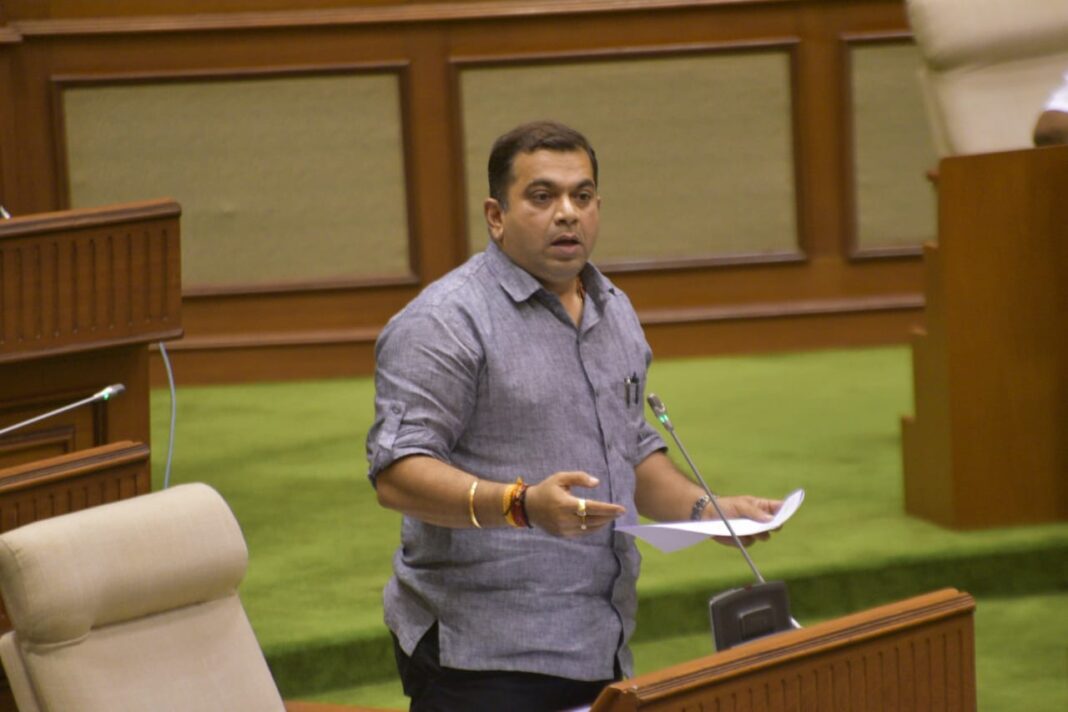 Porvorim: Independent MLA Rohan Khaunte has expressed fear that the “outsiders will outnumber locals” in the years to come due to the wrong policies of the State government.

Khaunte was speaking on the floor of the House on Thursday analysing the Budget 2021-22 presented by CM Pramod Sawant.

“In some years to come, the outsiders will outnumber the locals in Goa. They are taking your lands, jobs and even surnames due to faulty legislations,” the MLA said.

The Porvorim MLA suspected that the new proposal of House Regulations was aimed at helping to legalise the houses of outsiders. He pointed out that some of the people who are treated in the “washing machine of the BJP” were involved in the land grab and such a policy will help them to legalise their illegalities.

In yet another instance, Khaunte pointed out that the Mopa International Airport is all set to kick off from August 2021 but the assurance of training the locals for the jobs in this greenfield facility is yet to happen.

The MLA said that the concessionaires of this project has said that they will skill the youth in their facility, but there is no clarity as when it will happen. Khaunte suggested that the youths should have been skilled at Pernem ITI and enrolled in jobs before the Airport begins its operation.

He feared that the Airport will employ non-Goans, violating the terms in the agreement signed with the state government.