Our party’s response to BJP’s hatred is love and affection: Rahul Gandhi 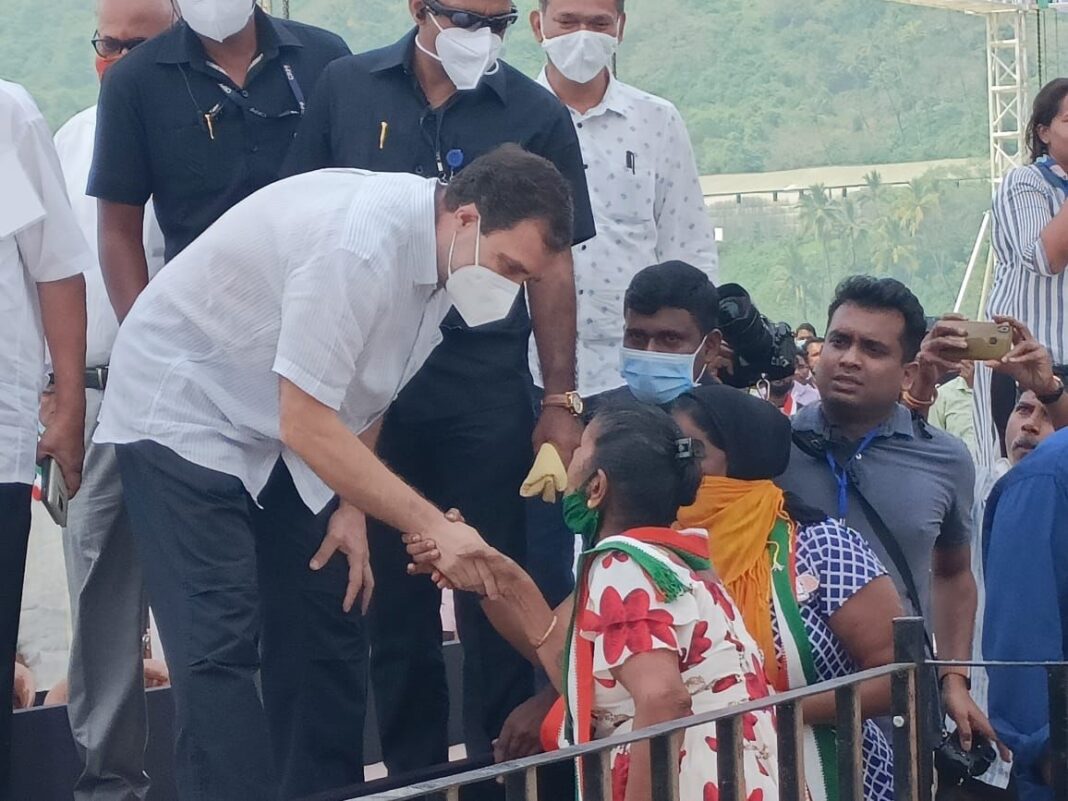 Panaji: Congress leader Rahul Gandhi on Saturday said that his party’s response to the hatred spread by BJP is “love and affection.”

Gandhi also assured the people that the assurances made in party’s manifesto for Goa polls would be “not just commitments but guarantees.”

The Congress leader on Saturday arrived on a day-long visit to the coastal state.

“I want to make it very clear what is the difference between BJP and Congress is. The Congress believes in uniting all India’s people and taking them forward. For us, every single Indian person has a right to be given the space that he requires,” he said addressing a gathering of fishing community which is opposing double tracking of South Western Railway and also turning the coastal state into coal hub.

Referring to the upcoming Goa elections, Gandhi said “I am not here to waste your time or my time.”

“Just as your time is important, my time is also important. The commitments that we will make to you in manifesto is not just a commitment but a guarantee,” he added.

Stressing that the assurances that are made by Congress are at serious note, he said “my credibility is important to me. Unlike many other leaders, when I say something here, I will make sure it happens,” he said.

“If I come here I say to you that we will not allow coal hub and I don’t do it, next time I come here I will have no credibility,” he added.

Gandhi said that the party has fulfilled the commitments made to the farmers at Chhatisgarh on waiving off of the loan.

“You can go to Punjab and Karnataka, we did the same (thing of keeping up the commitment),” he said.

During his interaction with fishing community at Velsao beach, the people complained about various things including uncontrolled construction on the beach front.

Gandhi said that the Congress party, once voted to power in the state, will make sure that double tracking will not happen and Goa will not be converted into Coal Hub.

“I love the sea here. Sometimes, when my mother is not feeling well, she comes here. She take benefit of your beautiful sea and environment,” he said.

Gandhi said that there are thousands of people in India who loves sea here. “We are protecting the environment just not for the people of Goa but for all the other people,” he said.

Gandhi said that during his interaction, he understood few issues that are disturbing people. “We are going to make sure that your environment is protected here and Goa does not become a coal hub,” he added.

But at the same time, he said that there has to be balance between development and the environment.

He said that the development must “not be in favour of one or two businessmen who has huge amount of money to influence the system.”

“The role of the government is to defend the rights of the people. A clean environment is your right, it is the duty of government to protect your right,” he said.

Stating about the Congress manifesto, Gandhi said “we are going to write a manifesto for congress party for coming election.”

“The manifesto is going to be written in open and transparent way. We will have conversations with fishermen, environmentalists, workers, labourers in Goa and we will ask them what they want in Congress manifesto,” he said.

Gandhi said that the thread that will run through party’s manifesto will be protection to environment, fishermen and to all weak people in Goa.

“I would encourage you to be involved in a discussion of Congress manifesto. The congress party’s commitment is that whatever comes in the manifesto is going to be delivered by the congress party,” he said.

Gandhi said that he  will guarantee people  that whatever that is written in manifesto will happen. “I will encourage you to be involved in conversation like this so that we are aware of what you want and need and we can put it in the manifesto,” he added.

Previous articleTMC puts ball in GFP’s court over alliance
Next articleI had a dream to become CM of the state: Pramod Sawant